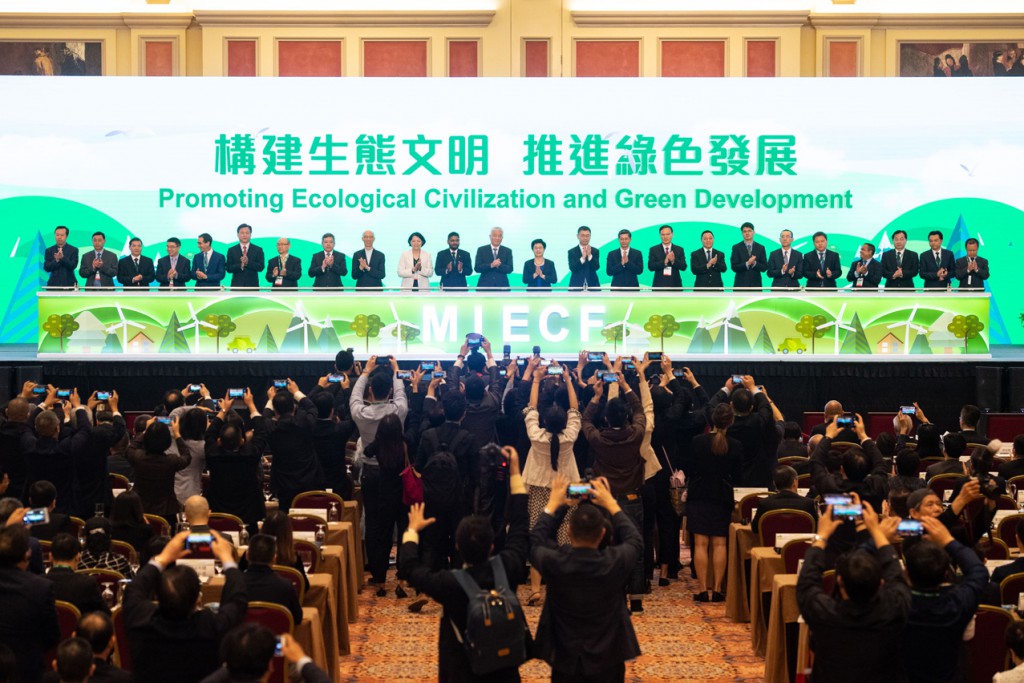 Hosted by the Government of the Macao Special Administrative Region, the “2019 Macao International Environmental Co-operation Forum and Exhibition” (2019MIECF) was held from 28 to 30 March. The event received optimal results, and exhibitors agreed that the outcomes met their expectations. The Green Forums brought together experts and scholars from all over the world, who held in-depth discussions on hot environmental topics. Participants said MIECF plays an active role in the global exchange of environmental information, as well as the enhancement of environmental protection.

Green forums and exhibitions were held at the event. 2019MIECF included eight Green Forums and one Keynote Speaker Special Session in total.

Michael Liebreich, Founder of New Energy Finance, former chairman of the advisory board at Bloomberg New Energy Finance and senior contributor, Chairman and CEO of Liebreich Associates, was invited as the keynote speaker. Nearly 70 green pioneers, senior leaders of multinational enterprises, and policy makers from Mainland China, the Netherlands, Portugal, East Timor, the United Kingdom, Hong Kong and Macao were also invited to the Forum as speakers.

In his speech, Mr Liebreich indicated that Macao is a special case, as electric cars, and even electric ferries, could be used for the city. As costs continue to decline, the usage of electric vehicles will inevitably become mainstream. Macao has sufficient financial strength and it can take a leading position in utilising green energy in the Guangdong-Hong Kong-Macao Greater Bay Area as long as the city sets its vision to build itself into a green city, he added.

In terms of air pollution, a problem that the entire world is facing, residents should be aware that their actions may impact air quality. More eco-friendly practices could also be employed in Macao, such as public transportation using clean fuels, suggested the expert. Local gaming enterprises can also adopt more energy-saving measures, which will result in better environment and business projects. 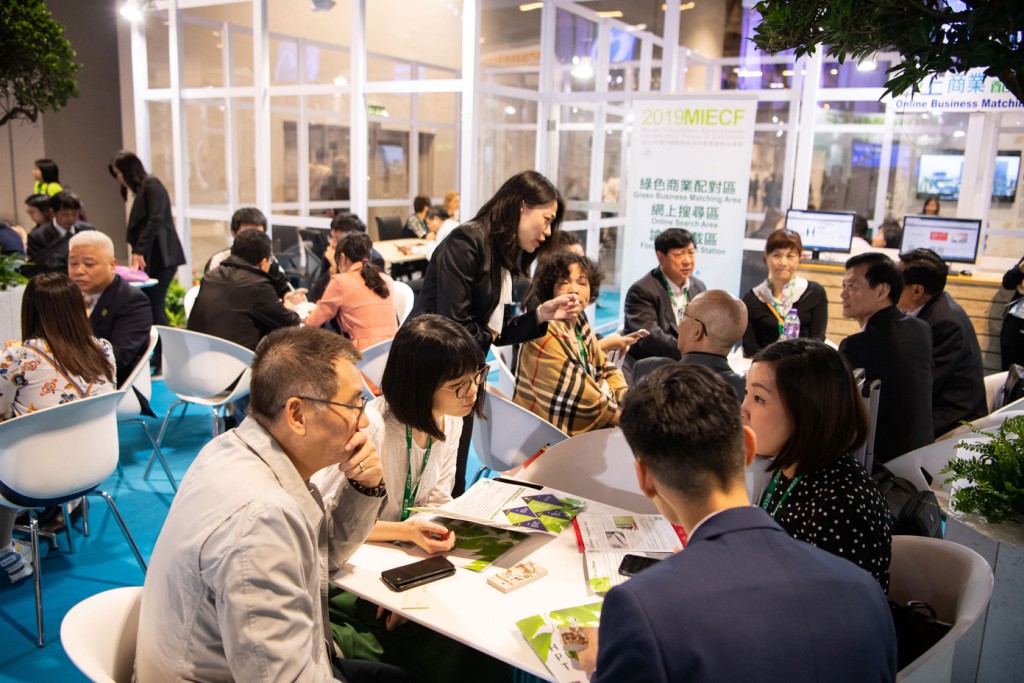 The future of Green Finance

The “Green Business Co-operation Day” was successfully held on the first day of this year’s MIECF. The Green Forum at the event was themed “New Opportunities in the Eco Bay Area – Creating Green Energy Cities”. Wu Liyang, Chairman of Guangdong Green Finances Investment Holding Group Ltd., said at the event that since green finance is developing at a relatively moderate pace, and is still an emerging concept, its investment threshold is high and investment cycle is relatively long, development in related areas conducted by financial institutions is comparatively slow.

Meanwhile, green finance needs the support of a more mature legal system and policy support, Ms Wu added. Currently, its development is hindered from the lack of talent and information asymmetry, she added. However, with green development concepts and policies put forward by the Central Government which are in response to global demand and the needs of national development, green finance definitely has great opportunities for growth in the future.

Ms Wu also pointed out that the development of green finance can motivate green industries in many ways, for example providing financial services including financing, funding, stocks and bonds, as well as insurance to strengthen green monitoring undertaken by green finance institutes; in policy aspect, the government should launch non-profit oriented policies or offer lower interest rates and faster services to allocate capital to green industries.

As green finance is not yet commonly used, there is great demand for compound talents who understand green industries, finance and law. Through attracting talents, nurturing development and innovation of green financial products, building and promoting green industries index and green enterprises and projects database, enhancing information transparency, Green finance can also grow at a faster pace and in a healthier way. 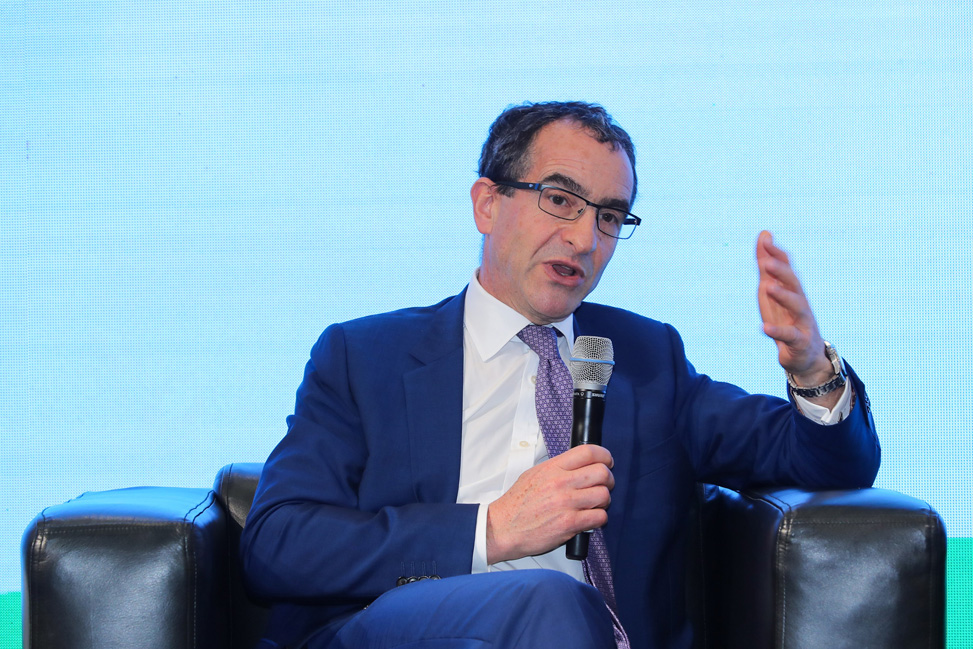 Michael Liebreich, Founder of New Energy Finance, was invited as the keynote speaker at the 2019MIECF

Each year, a number of agreements are signed during MIECF. At this year’s event, MECOM Power and Construction Ltd. (MECOM) joined hands with Black Spade Capital Ltd. to sign an agreement for co-exploring local green projects. Their goal is to promote applications of energy saving, environmental protection, clean technology and more in the city. MECOM also signed memorandum of understanding with three different enterprises from Germany, Mauritius and Macao to develop solar farms and power stations in Mauritius, in order to advance environmental efforts.

Kuok Lam Sek, Chairman and Executive Director of MECOM, stated that this was the second time for the company to attend MIECF. Enterprises and industry participants from around the world gathered together to exchange ideas, and their green equipment and technology were also displayed at the three-day event. According to Mr Kuok, the event enhances co-operation and joint development based upon the principle of reciprocal support and mutual benefit. As MIECF has taken up a significant role in promoting environmental co-operation, the company will join the next year’s event as well, added Mr Kuok. 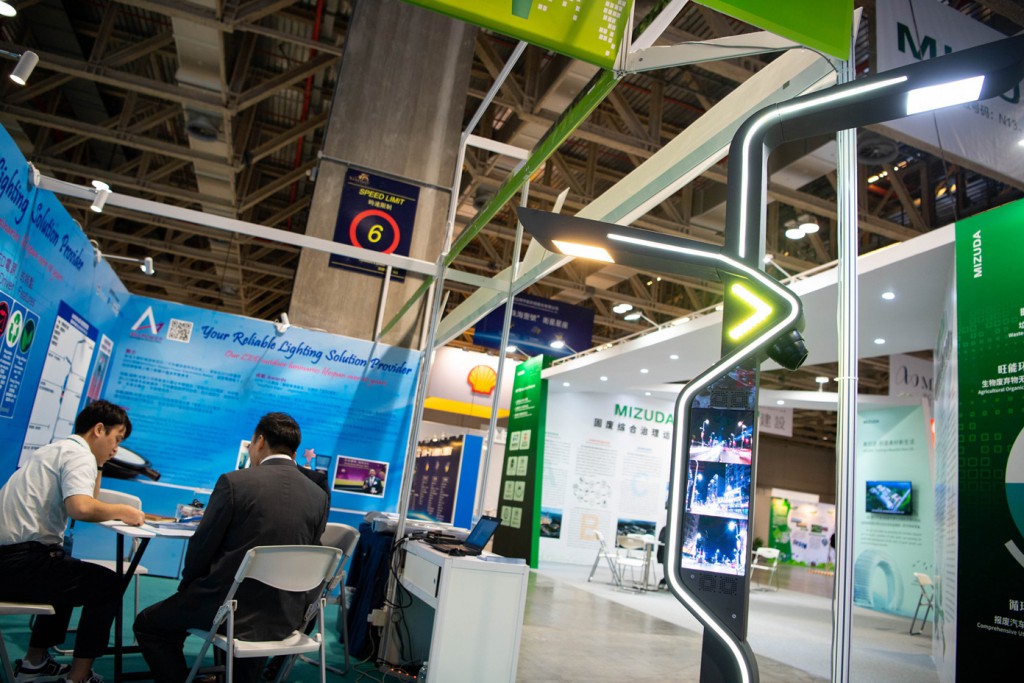 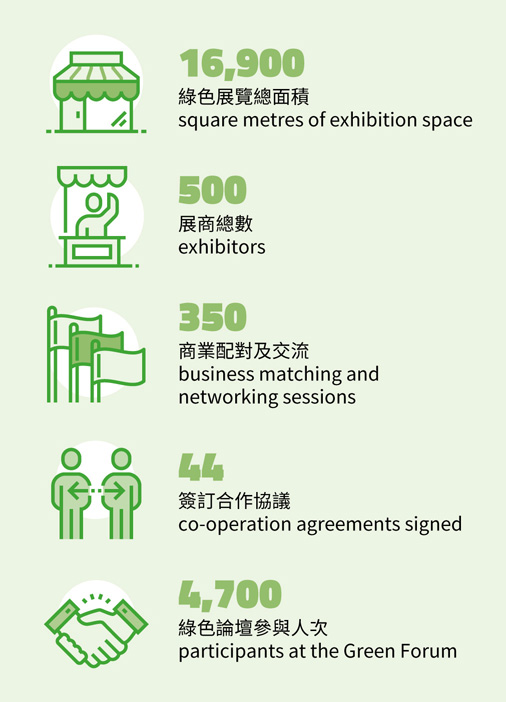 Hundreds of exhibitors from Mainland China, countries along the Belt and Road, European countries, and Portuguese-speaking Countries all took part in the green exhibition. The “Greenovation Zone” was launched this year, and the Greater Bay Area Eco-Products and Solutions Pavilion was expanded at the same time. The Green Building Area returned to the event once again, assisting participants in grasping opportunities arising from the country’s policies and international green development. The Official Guided Tour also again invited 30 representatives from the Macao SAR Government and business matching sessions specifically for governmental procurement. A number of exchange activities were hosted and achieved positive results, reported the participants.

Shell Hong Kong Ltd. participated in the event for the first time. As a petrol supplier, its manager Mr Wong said the company has invested a lot of resources in developing formulations that produce cleaner and more economical gasoline. Today, the company’s new products make injectors cleaner, extend the lifespan of vehicles as well as their maintenance period, which may lead to reduce costs for maintenance and vehicle consumption.

Shell Hong Kong was pleased with the response to their new products at 2019MIECF. In addition to enterprises from Mainland China, Hong Kong, Macao and Malaysia, companies from other countries and regions also expressed interest in these new products. As many people are not aware of the different effects of different petrol formulations, the company also took the opportunity to share more product knowledge with customers to help ensure they purchased products best suited for them.

The Green Public Day was open to the public on the last day of 2019MIECF, attracting crowds of residents to the event and a series of parent-child activities on environmental topics. Various performances were held to liven the atmosphere of the event. This year, technical visits were organised for guests to see the Hong Kong-Zhuhai-Macao Bridge and the Macao Cross-boundary Port. Participants were also invited to visit the Macao Electronic Waste Recycling Treatment Facility with the aim to further understand environmental protection and infrastructure facilities of Macao. 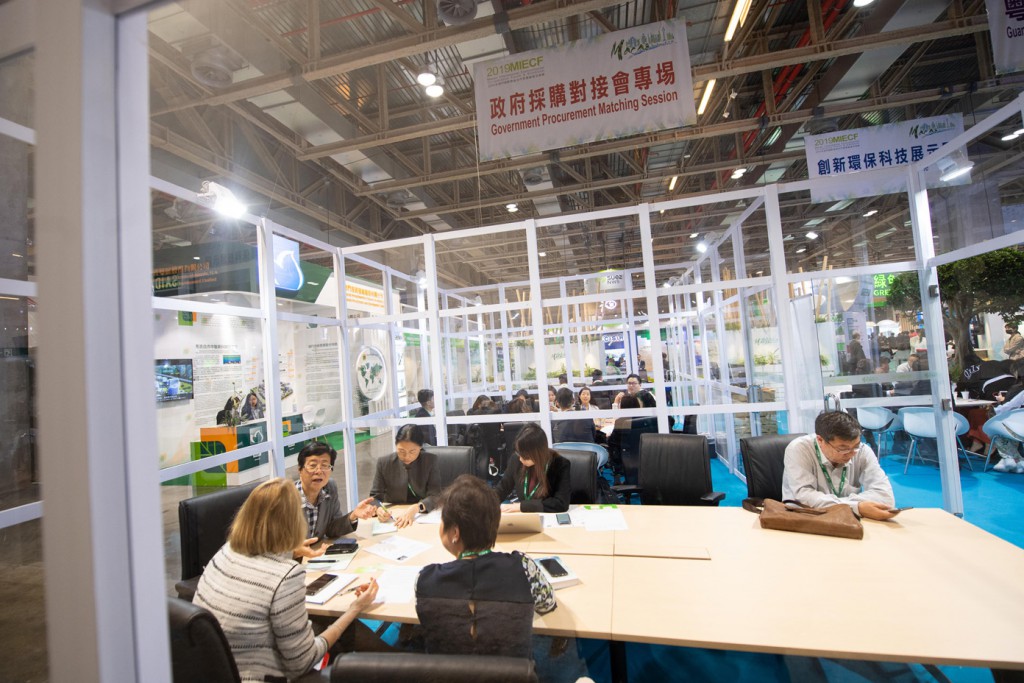 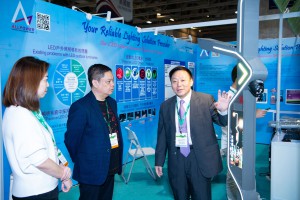 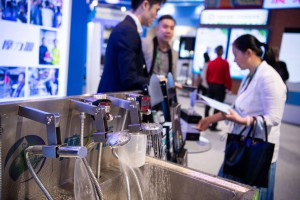 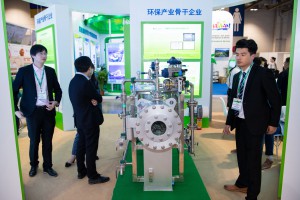 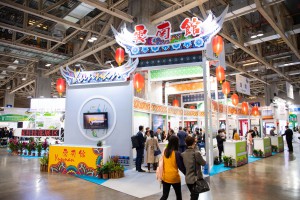 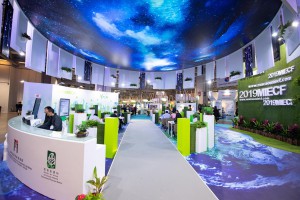 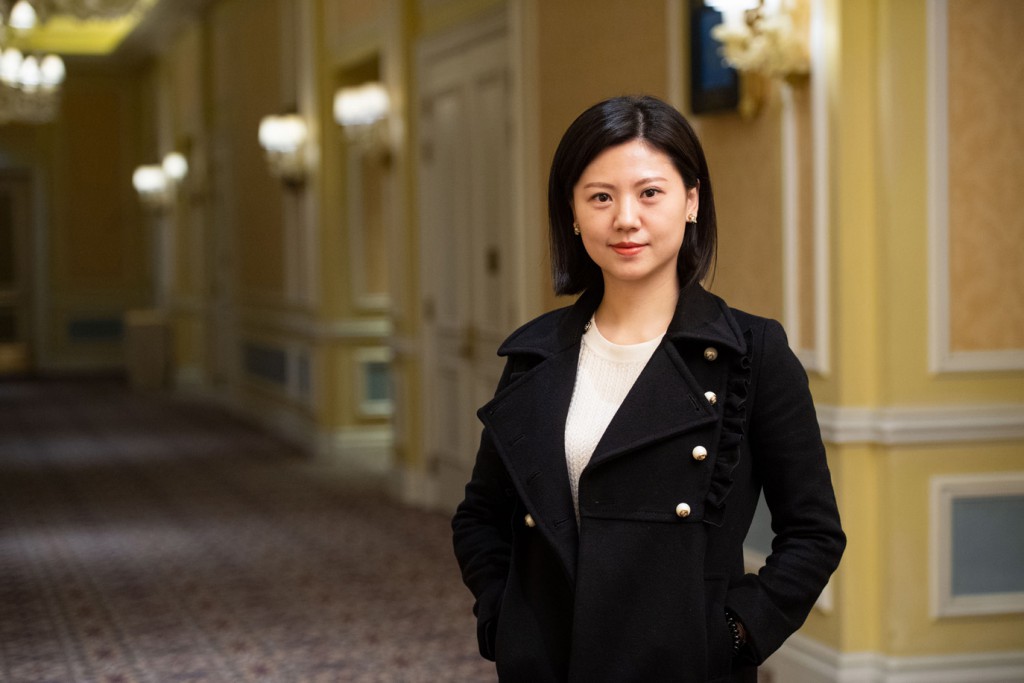 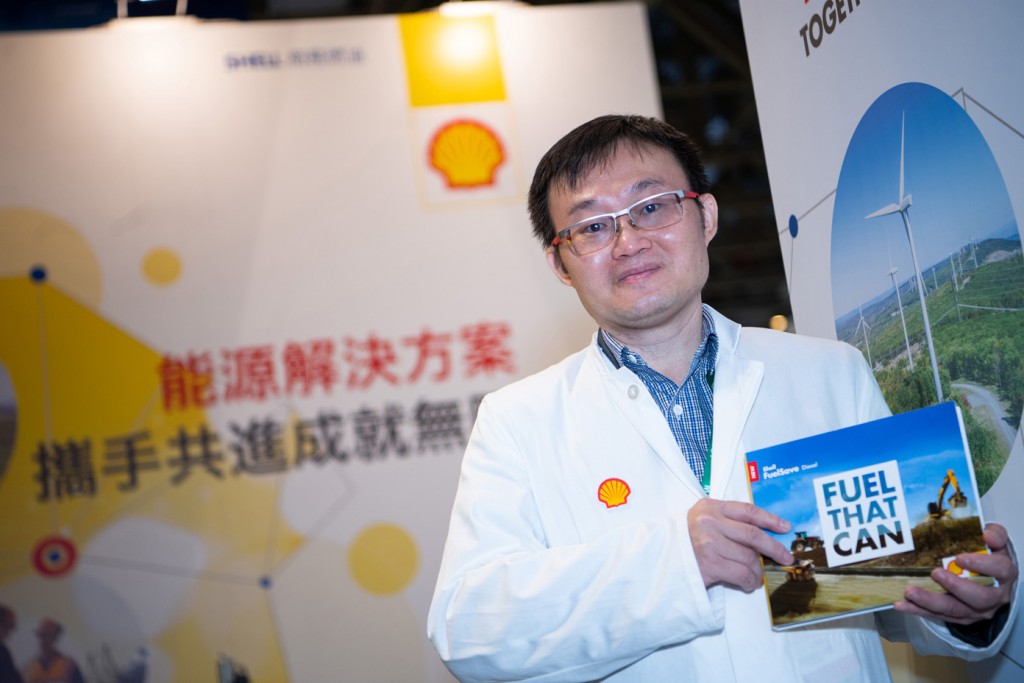