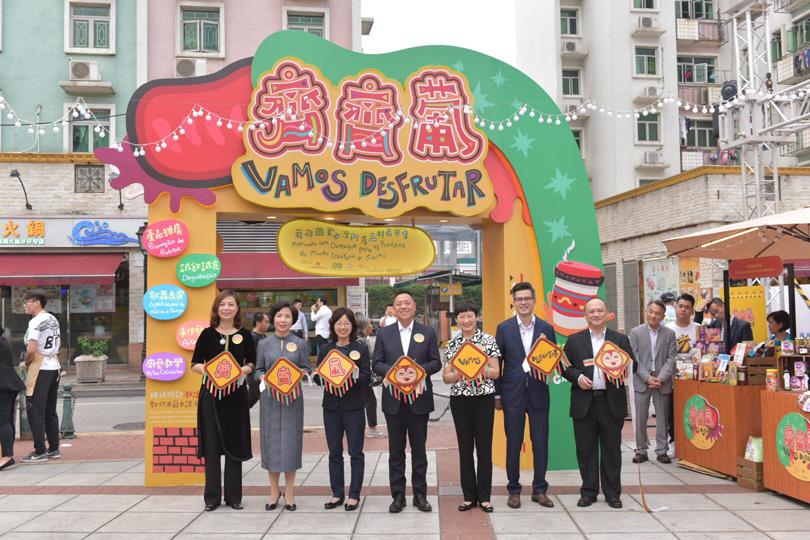 In a bid to further advance the city’s role as a “distribution centre for food products from Portuguese-speaking Countries”, and to give residents and travellers an opportunity to learn more about food products and the different cultures of Portuguese-speaking Countries, a “Let’s Hang Out – Lusophone and Macao Products Bazaar” was held at Largo Camões, Rua do Regedor (in front of the Pak Tai Temple) from October 26 to 28, 2018.

The three-day event attracted more than 30,000 visitors and participation from 27 Macao companies majoring in the trade of products from Portuguese-speaking Countries, Macao brands, as well as the cultural and creative sector. Some participating companies said the atmosphere at the bazaar was great for conducting business and were pleased with the publicity. 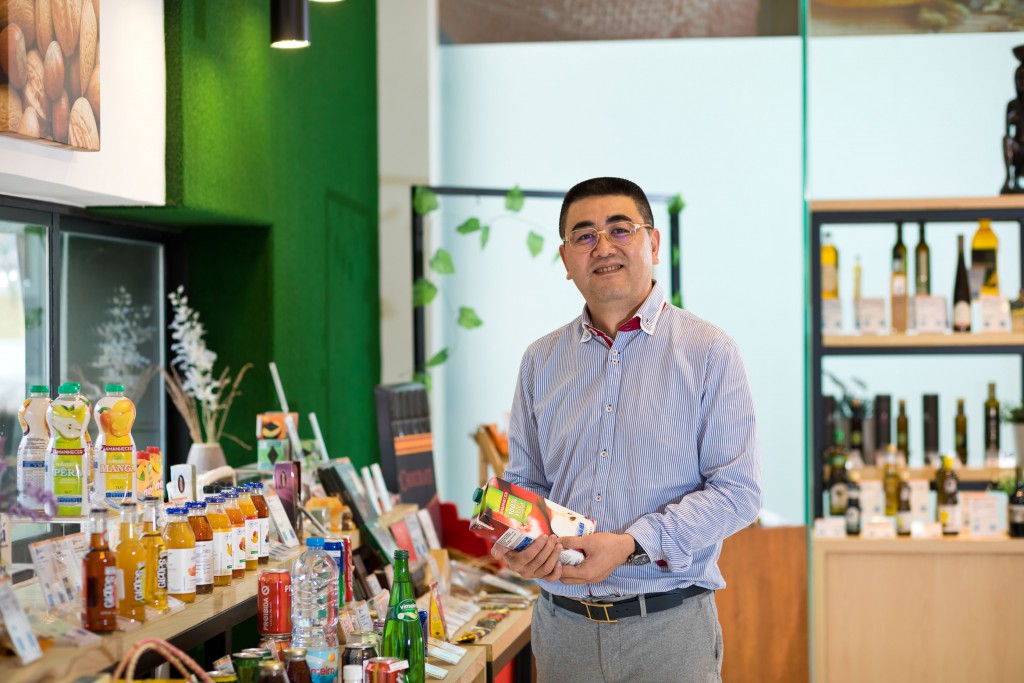 “The bazaar has helped us achieve successful results, not only by providing a platform for companies to promote and sell their products, but by also attracting a large number of visitors through different activities to advocate the food and culture of Portuguese‑speaking Countries.” Sam Zhong, People and Winds Company

The Lusophone and Macao Products Bazaar was jointly organised by the Macao Trade and Investment Promotion Institute (IPIM); Macao Association for Promoting Community Economic Development; the Industry and Commerce Federation of Islands of Macao and jointly supported by the Permanent Secretariat to the Forum for Economic and Trade Co-operation between China and Portuguese-speaking Countries (Macao) and the China-Portuguese-speaking Countries Federation of Entrepreneurs.

Based on the experience of the last event, the October Bazaar featured a number of new and interactive areas for participants to enjoy, such as a Chinese-Portuguese graffiti wall, a pop-up café, face painting, Halloween decor, cooking demonstrations, cultural dances and performances from Portuguese-speaking Countries, as well as workshops for making Portuguese bride dolls and Portuguese tile paintings. These new and innovative offerings made the bazaar very attractive and allowed for much more interaction, attracting the participation of many residents and travellers to experience the city’s unique east meets west heritage. Nearby merchants also offered discounts throughout the time of the bazaar and accepted electronic payments to make shopping more convenient and promote economic development in neighbourhood areas. 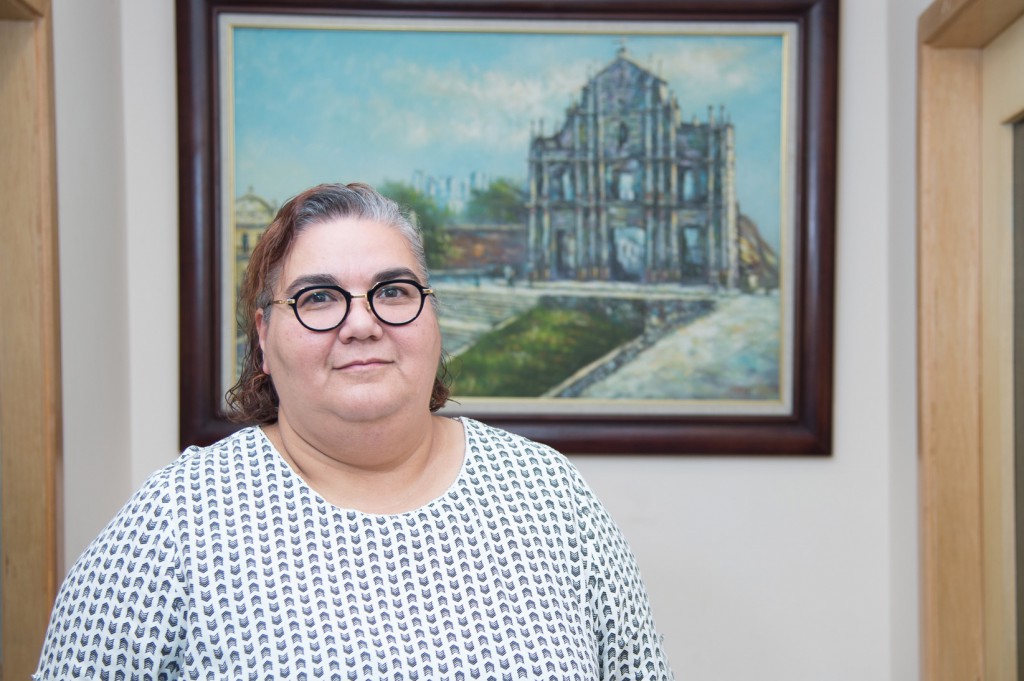 “The events have been very successful in promoting the food products of Portuguese‑speaking Countries, both for retail and wholesale.” Ana Manhão Sou, Agência de Importação e Exportação

Sam Zhong of People and Winds Company Ltd., a Macao-based company that has engaged in import and export trading for more than 20 years, said they participated in both of the bazaars in 2018. Since the Central Government is supporting Macao’s positioning as “One Centre, One platform” (World Centre of Tourism and Leisure as well as a Commercial and Trade Co-operation Service Platform between China and Portuguese-speaking Countries), the company has also moved in that direction by importing food products and wines from Portuguese-speaking Countries since 2015.

“Our aim is to help Macao become a Commercial and Trade Co-operation Service Platform between China and Portuguese-speaking Countries,” said Mr Zhong. “The bazaar has helped us achieve successful results, not only by providing a platform for companies to promote and sell their products, but by also attracting a large number of visitors through different activities to advocate the food and culture of Portuguese-speaking Countries.”

Mr Zhong said that the October bazaar featured more youthful elements, such as the Chinese-Portuguese graffiti wall where many people posed for photos and shared their pictures on social media. The participating companies also seized the chance for networking and to learn from each other. He hopes there will be more events like these in future to promote products from Portuguese-speaking Countries.

Apart from joining the bazaar, Mr Zhong said the company has also showcased its products at the Portuguese-speaking Countries Food Products Exhibition Centre located at Tap Seac Square business centre – more commonly known as the Glass House. The company has also joined other events supported or organised by IPIM, such as the Dynamic Macao Business and Trade Fair and the Macao International Trade and Investment Fair (MIF). These events have effectively promoted Portuguese-speaking Countries products in the past, and the company has seen their sales rise year after year, he added. 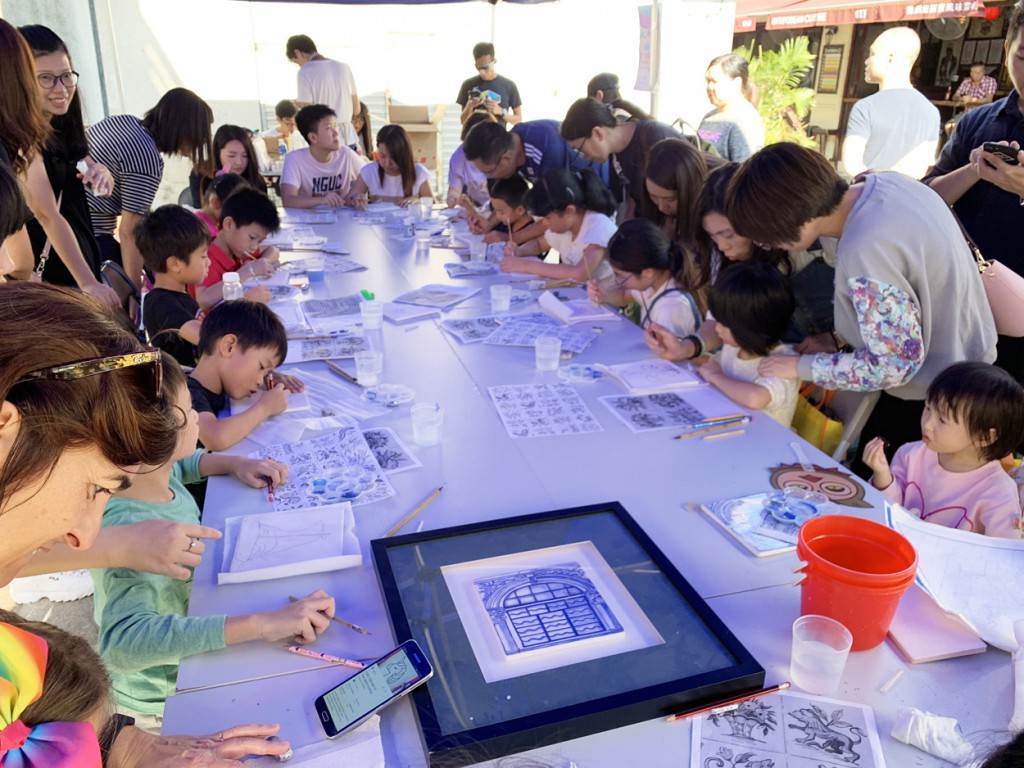 The October Bazaar featured a number of workshops 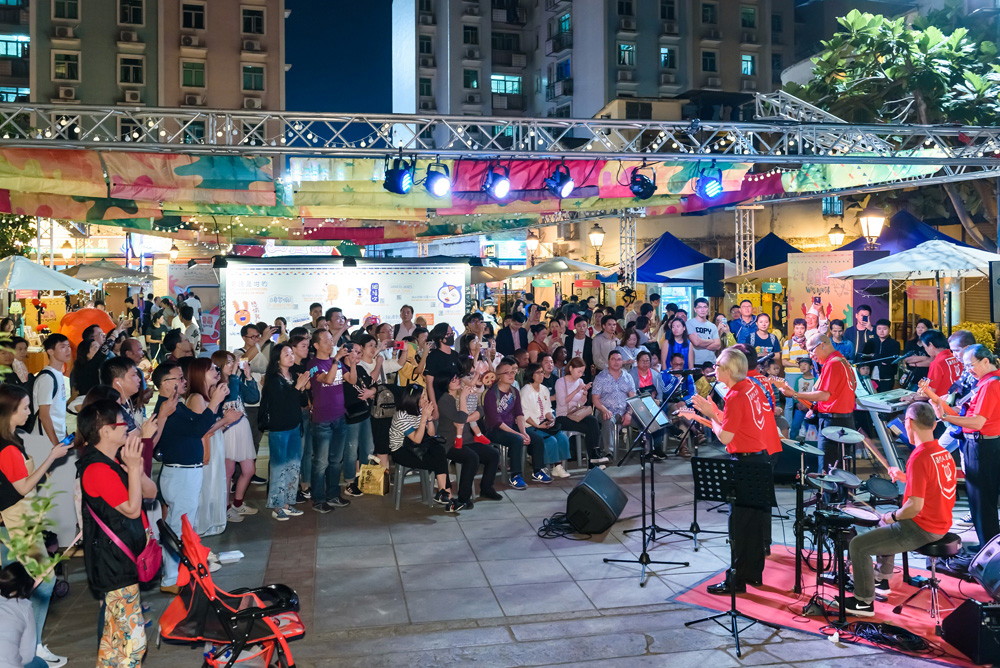 Ana Manhão Sou of Agência de Importação e Exportação, also participated in both of the bazaars. “The events have been very successful in promoting the food products of Portuguese-speaking Countries, both for retail and wholesale,” she stated.

She also said the venues for both bazaars were equally good. The first bazaar at Largo do Pagode do Bazar is situated in an old neighbourhood, so it attracted a large number of residents. The second bazaar at Largo Camões is in a tourist area with many major restaurants and integrated resorts nearby, so the bazaar successfully attracted more tourists and restaurant representatives, who were interested in negotiating with participating companies to expand food product sources for their restaurants, she added.

Her company now engages in the trade of Portuguese-branded food products, and she is introducing iberico pork products, ribs, beans, pickles and others to the Macao market. Besides joining the bazaar, the company also showcases products at the Portuguese-speaking Countries Food Products Exhibition Centre in Tap Seac.

Some restaurants noticed her company’s products in Tap Seac and found them at the bazaar, where they discussed purchasing the products, while some restaurants also met with them at both bazaars held in Largo do Pagode do Bazar and Largo Camões, said Ms Manhão Sou. The company is now at the final stage of negotiations with one large local restaurant, which could source food products from them in the near future, she added. 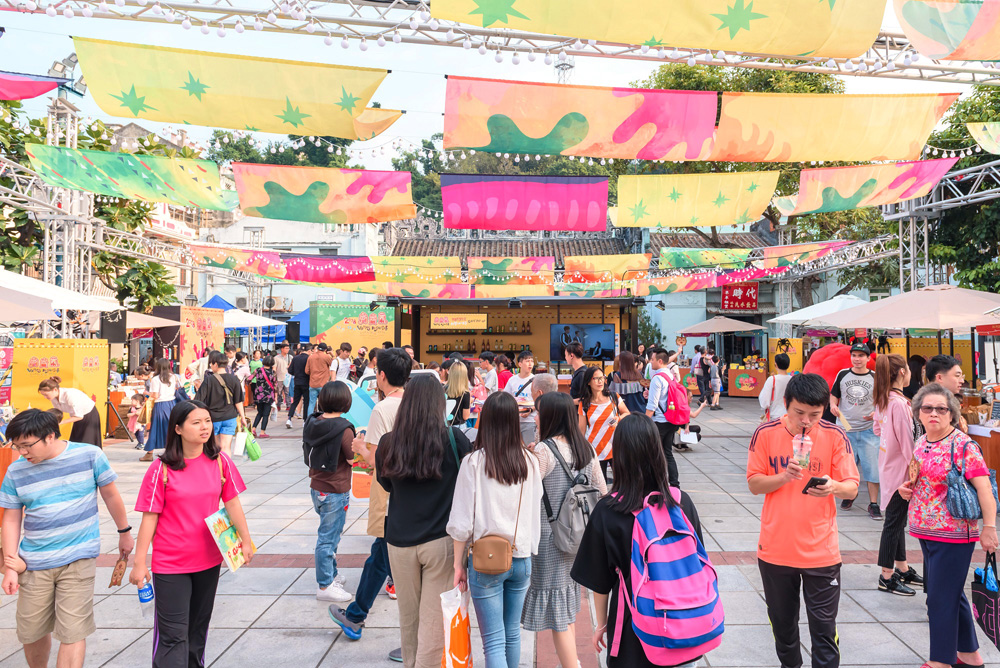 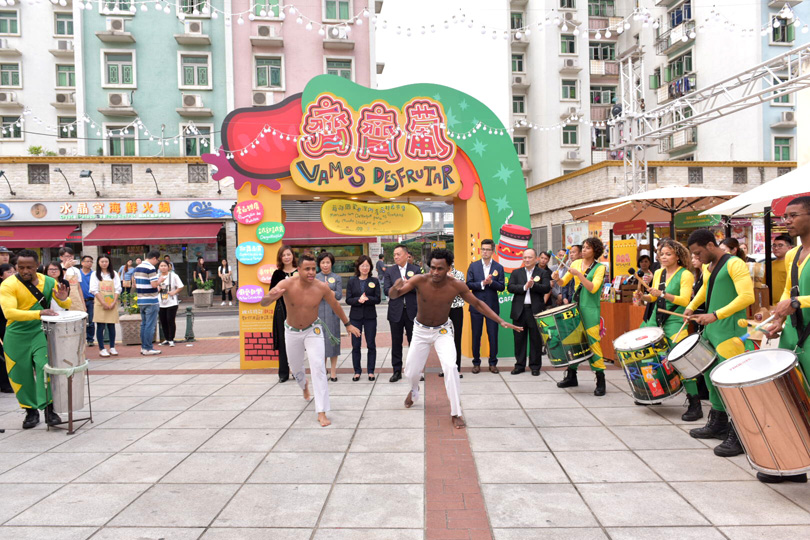 A performance of Capoeira, a Brazilian martial art 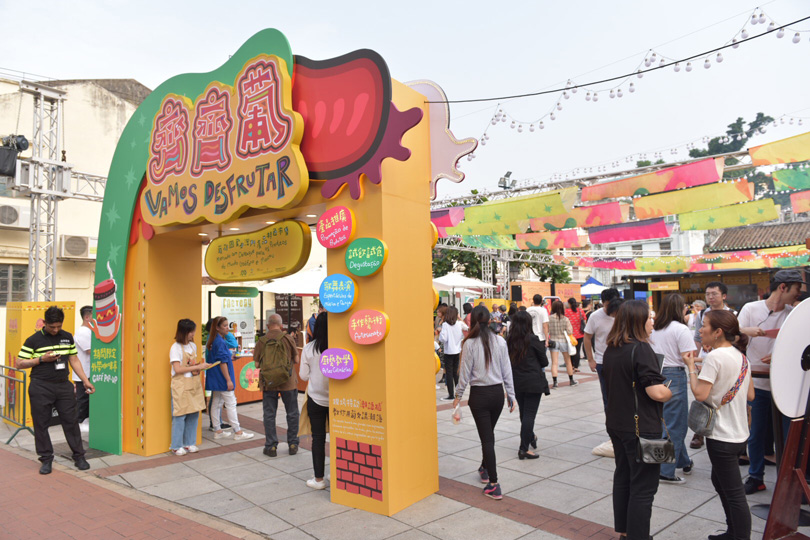 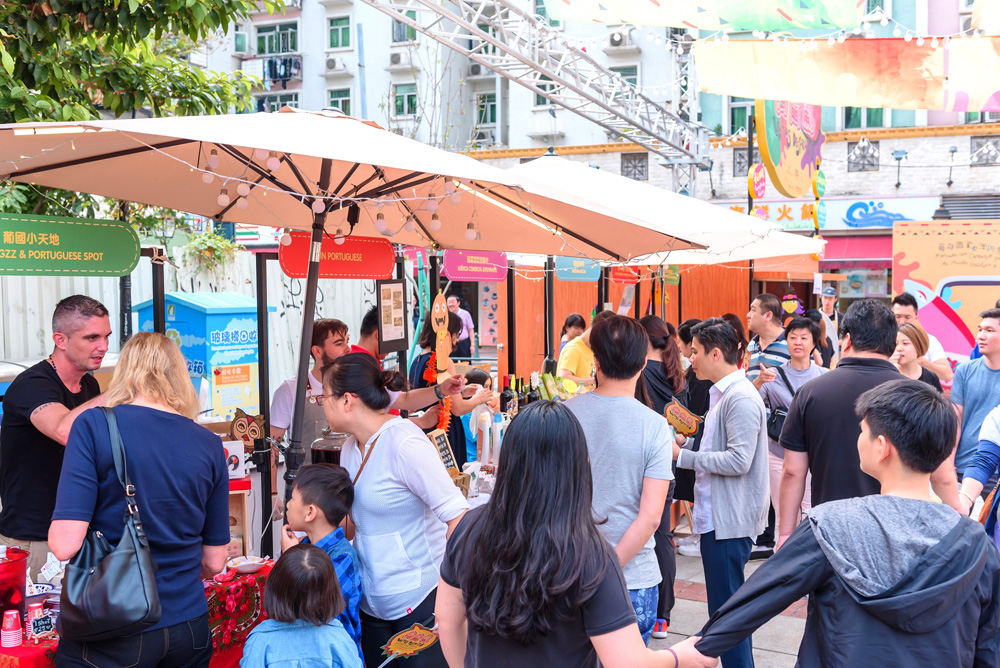 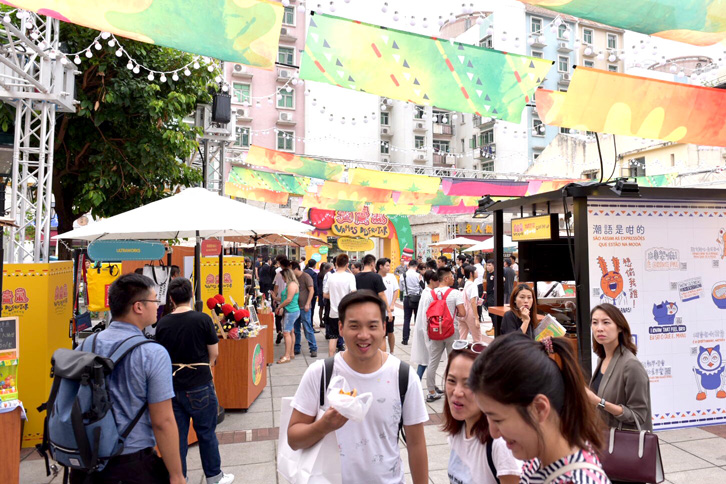 The Bazaar showcased a variety of products