PLPEX now an event in its own right 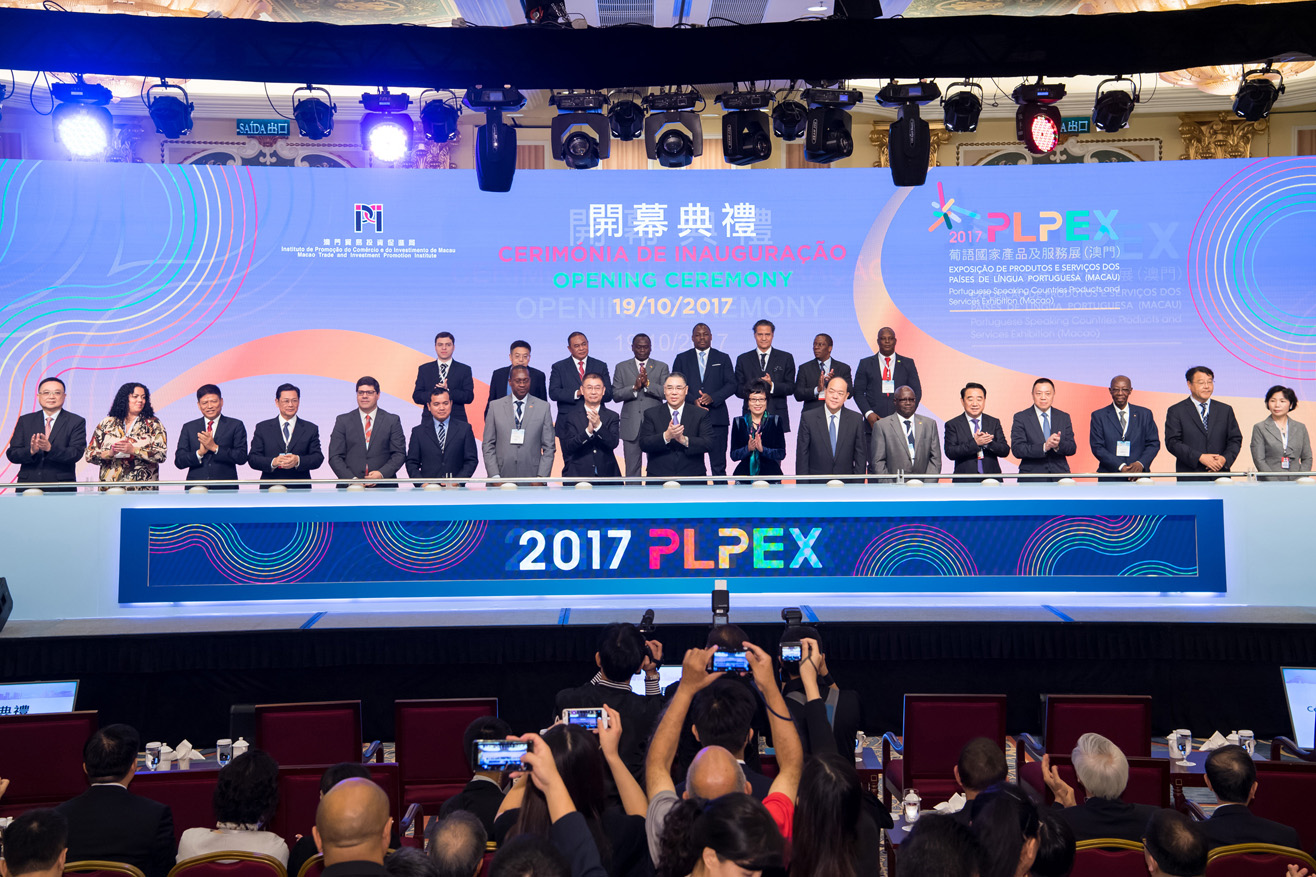 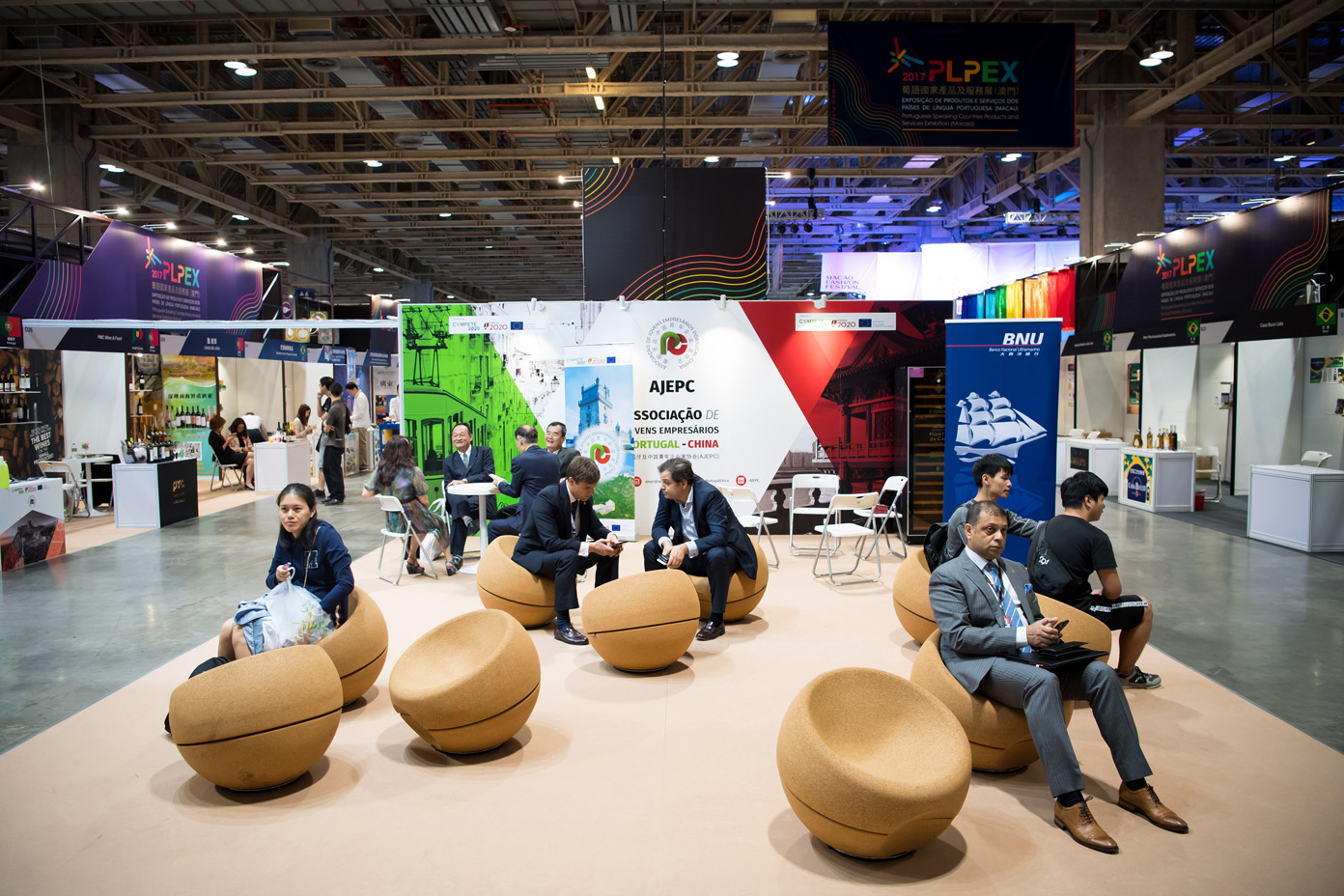 The 2017 PLPEX attracted 211 enterprises and institutions

One visitor Ms Wang said she attended many trade fairs, looking for raw materials for the products her company makes. Ms Wang, from Beijing, was attending PLPEX in Macao for the first time. She said there were many products from Portuguese-speaking Countries to choose from, and that many were of excellent quality, so meeting the needs of her company for ingredients for the food it makes. She said the company was currently discussing the possibility of importing goods from Mozambique.

The representative of a Macao company attending the 2017 PLPEX, Mr Fu, said his company was in the international e-commerce business, selling products from Portuguese-speaking Countries. The company has an e-commerce website serving the Mainland Chinese market. Mr Fu said he hoped that now PLPEX was a separate event, it would come to the notice of more overseas merchants, so giving the exhibitors more opportunities for business.

A merchant from Beijing, Mr Wang, was representing an enterprise that makes food and day-to-day necessities. On the advice of the organiser of the 2017 PLPEX, he used the Online Business Matching Service Platform website to register for the event and make other necessary arrangements before he got to Macao. Mr Wang was impressed by the wide range of high-quality goods on show that met the requirements of his company. He said he hopes to import meat from Portugal. 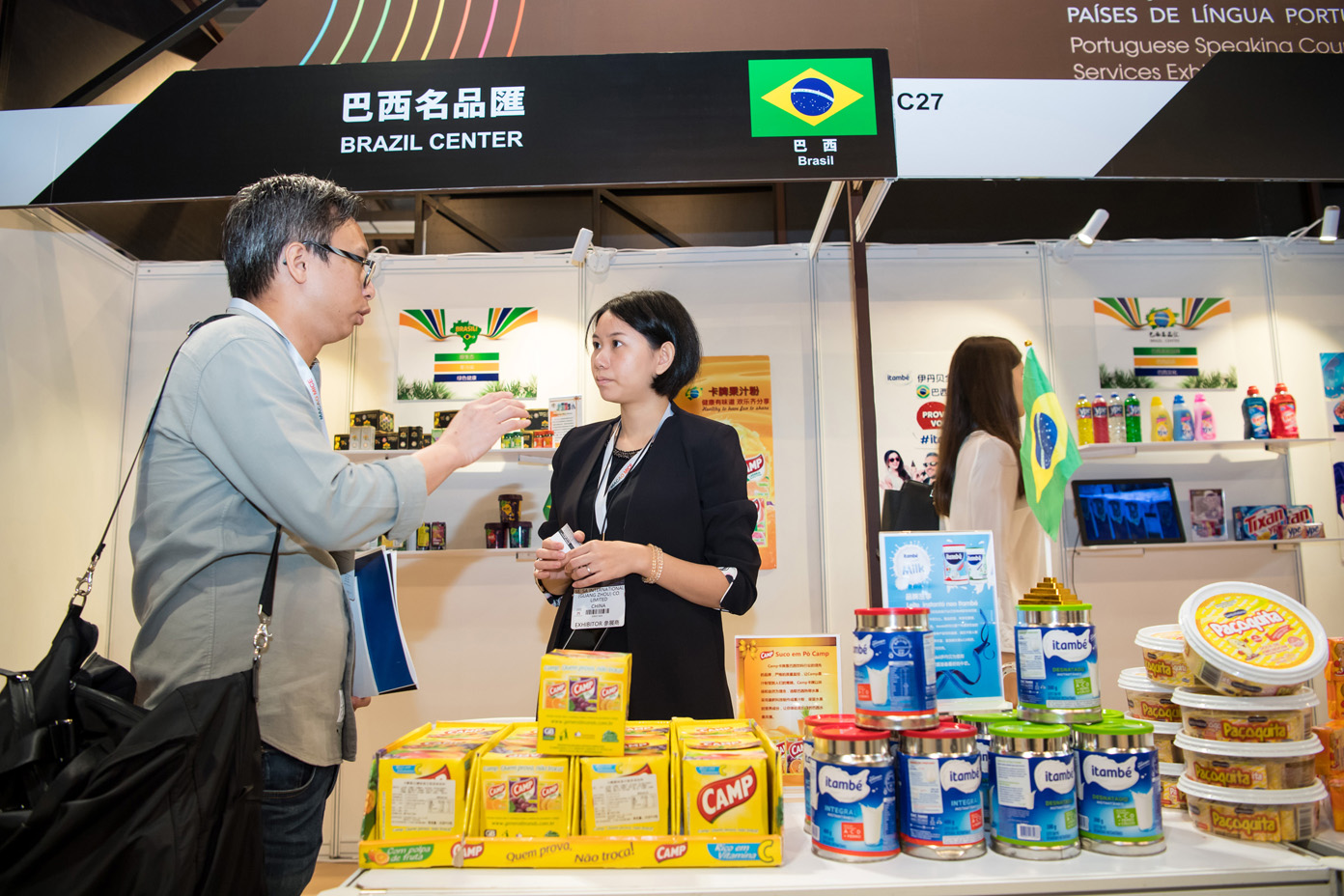 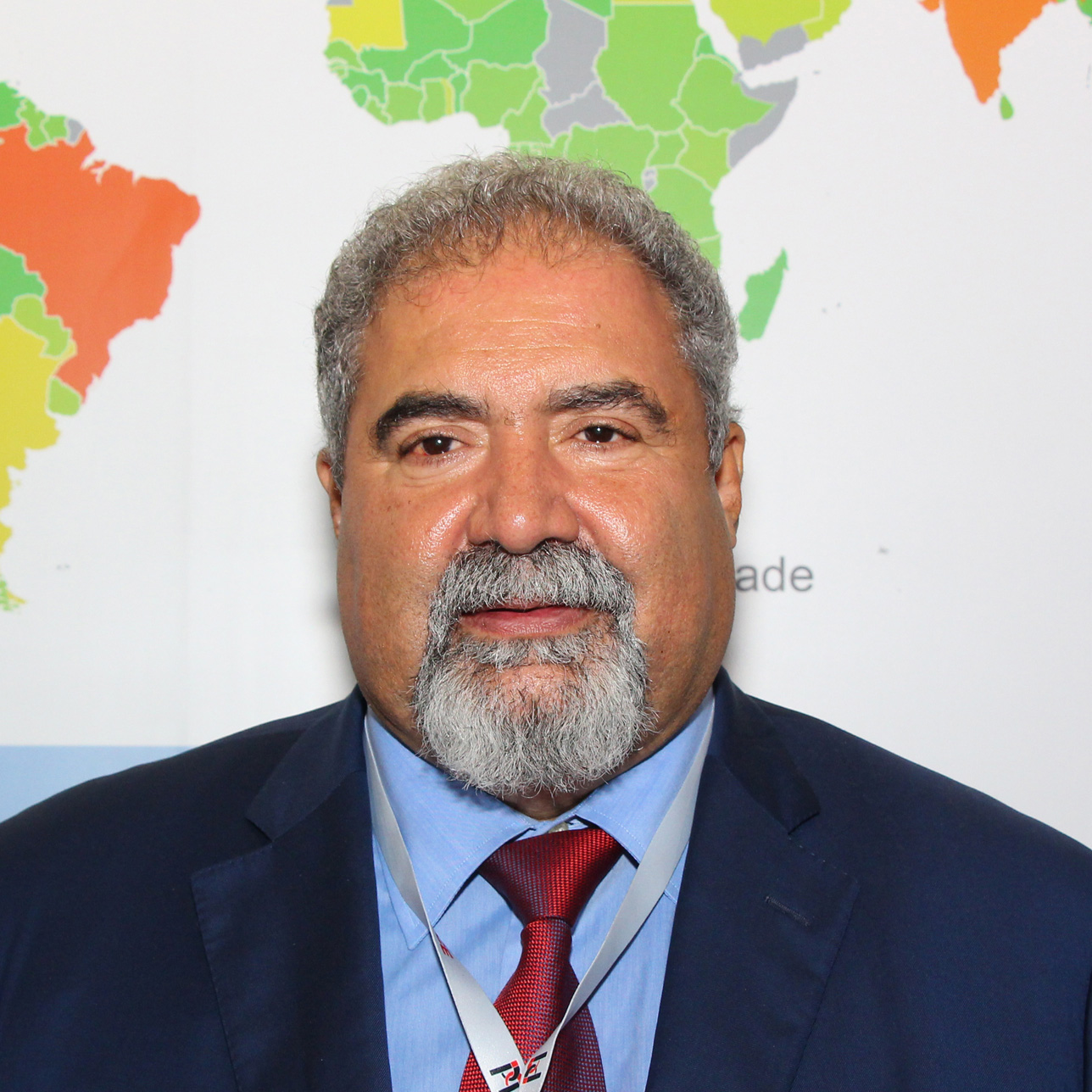 Angola
“These trade events help to increase the level of co-operation between the business communities of Angola, Mainland China and Macao. We appreciate the efforts made by IPIM over the years to organise these events, and we believe that with PLPEX becoming a separate event it will be the start of a new chapter, with Macao as an important co-operation platform.”
Chairman of the Angolan Business Confederation Francisco Viana 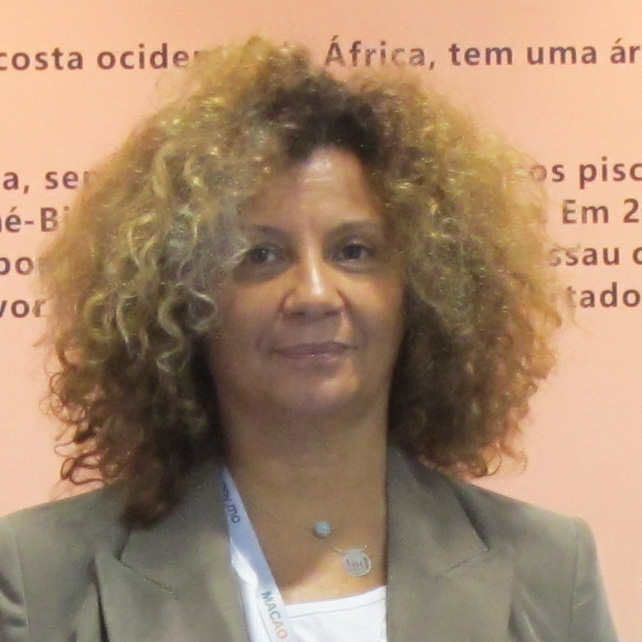 Guinea-Bissau
“Taking part in these trade shows is important if we are to learn more about new business opportunities. We are a small country, and this is a learning process for us. The holding of PLPEX will allow the already good relationship between China and Portuguese-speaking Countries to grow even stronger.”
Representative of Bibas fashion label Conceição Carvalho 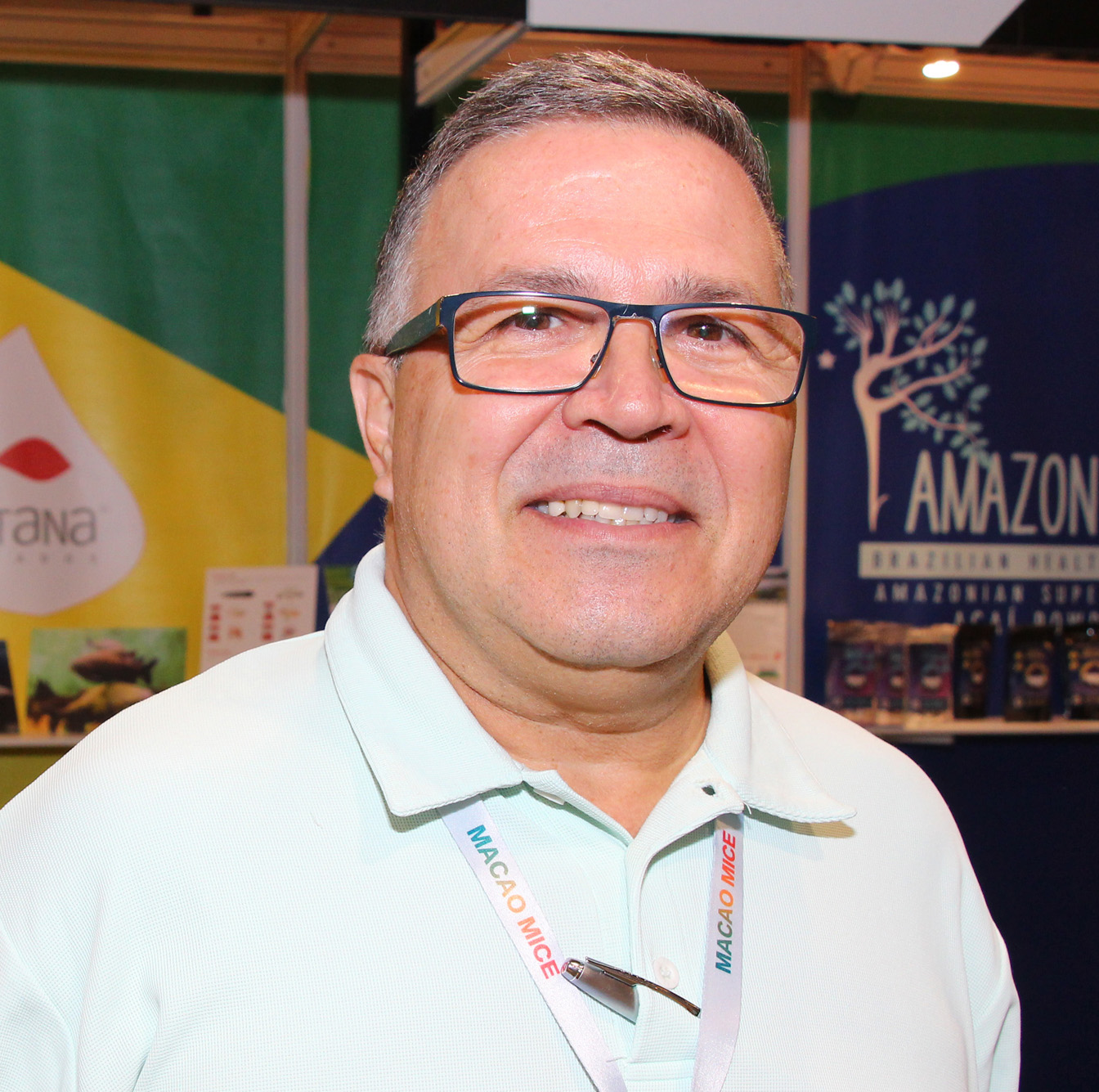 Brazil
“We take part in this event because we think Macao is a good starting point for doing business with Mainland China. This is the first time we have come to Macao. We have brought with us various products, ranging from nuts to energy drinks to wines. Initially, our goal is to introduce Brazilian products to people in Macao. We have already made some contacts and may even have some orders later.”
Representative of MA Comercial Importadora Marcelo Alimari 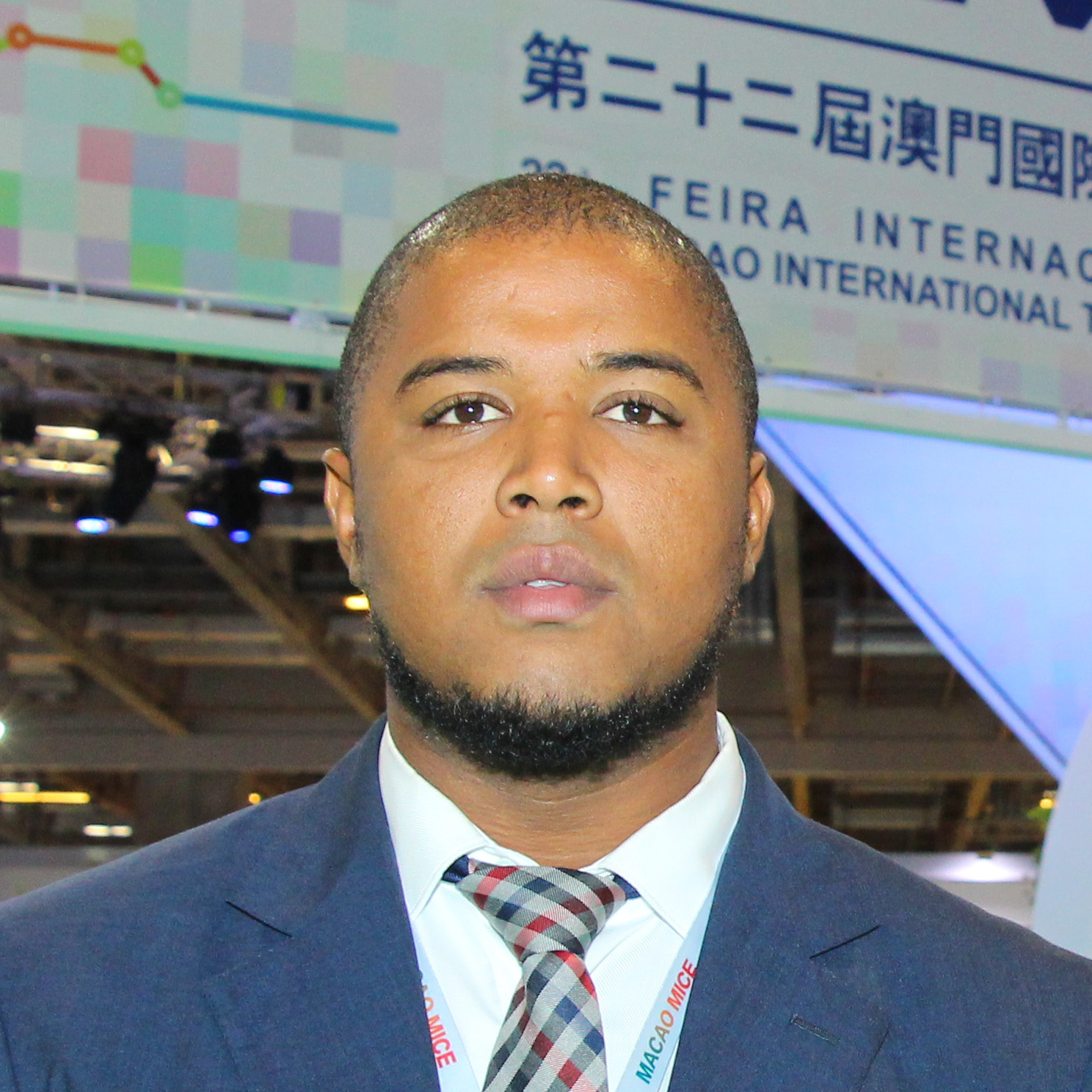 Cape Verde
“Cape Verde is a small country, and it is excellent that we have the chance to take part in this kind of trade event, so that we keep up the connections with our partners, using Macao as a platform. By participating in these events, our country has a lot to gain in terms of attracting more investment in various industries, such as tourism, finance and auditing.”
Luis Aguiar—佛得角TradeInvest行政總監 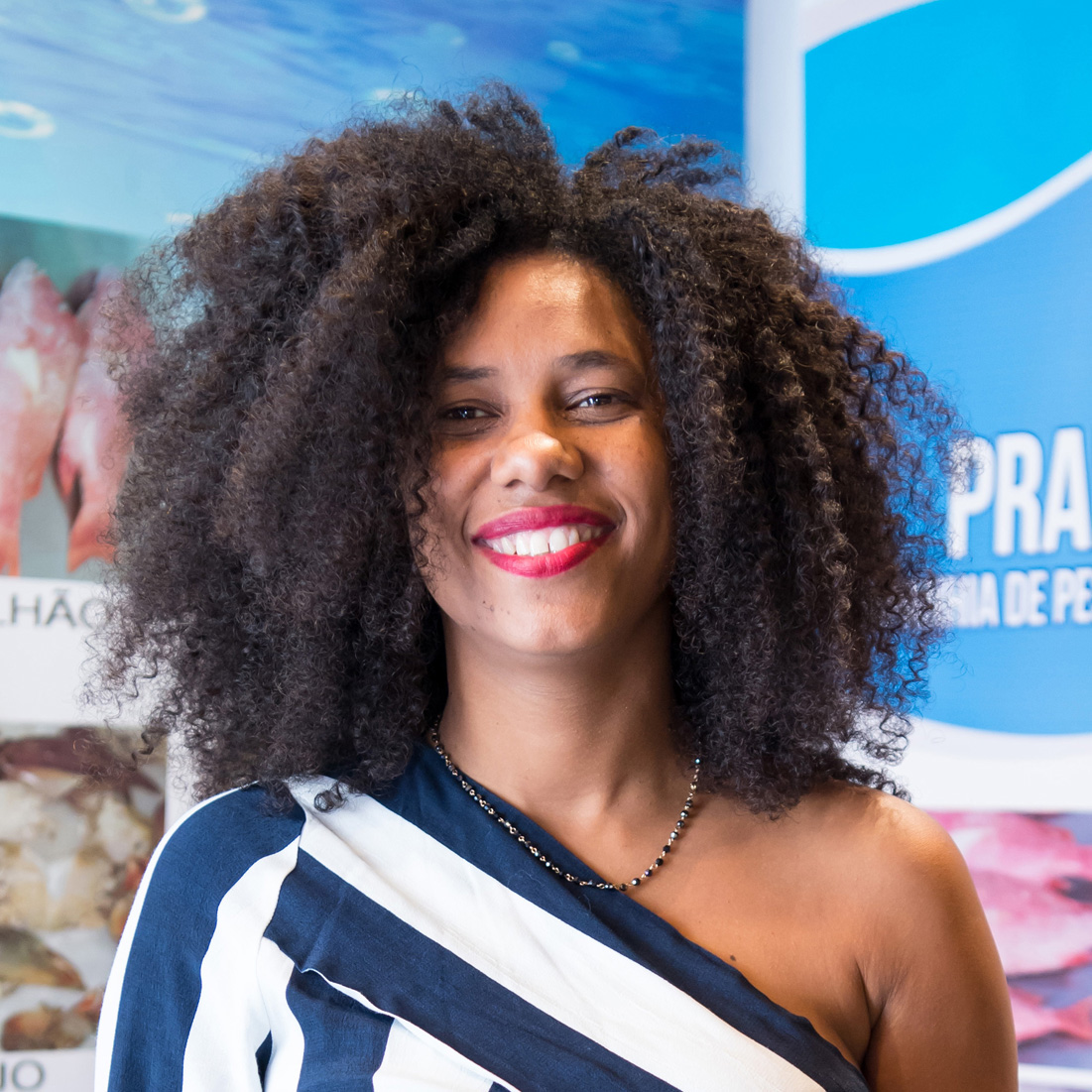 Mozambique
“When taking part in these trade events, our objective is always to promote our products, especially in Mainland China, as we can use Macao as a platform for expanding our business. Mainland China is a huge market with great potential for various business segments. This type of event really helps to promote our products and create new commercial ties.”
Natália Orlando, the representative of fishery products company Prapesca – Companhia de Pesca de Mocambique Ltd. 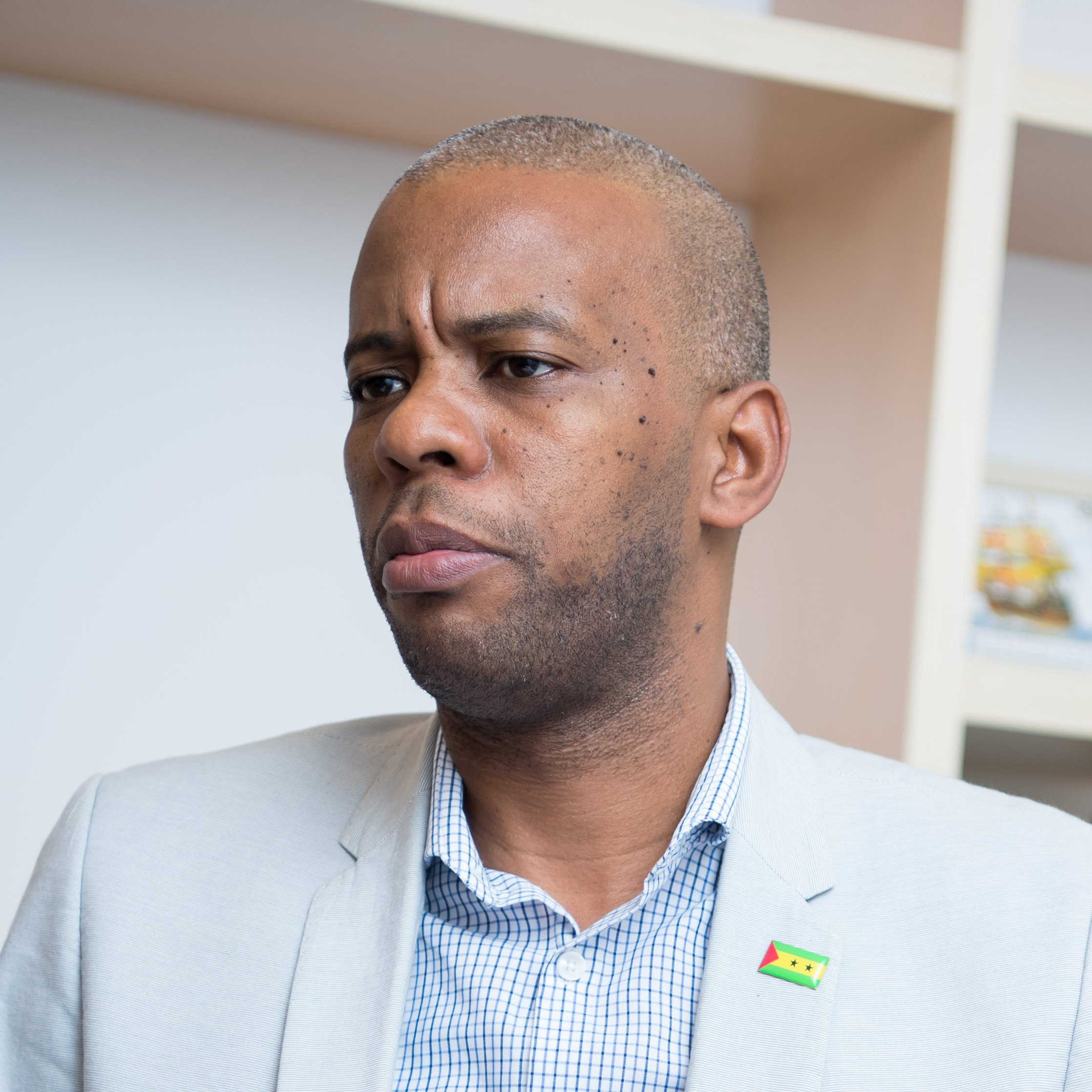 São Tomé and Príncipe
“These trade shows are a unique showcase, with Macao as their platform, which allows several countries and many products to come together in the same place. It provides the chance for all countries that are part of the Forum for Economic and Trade Co-operation between China and Portuguese-speaking Countries to connect fast, expanding the possibilities for creating new commercial ties among all parties.”
Gualter Vera Cruz, the São Tomé and Príncipe Representative to Forum Macao 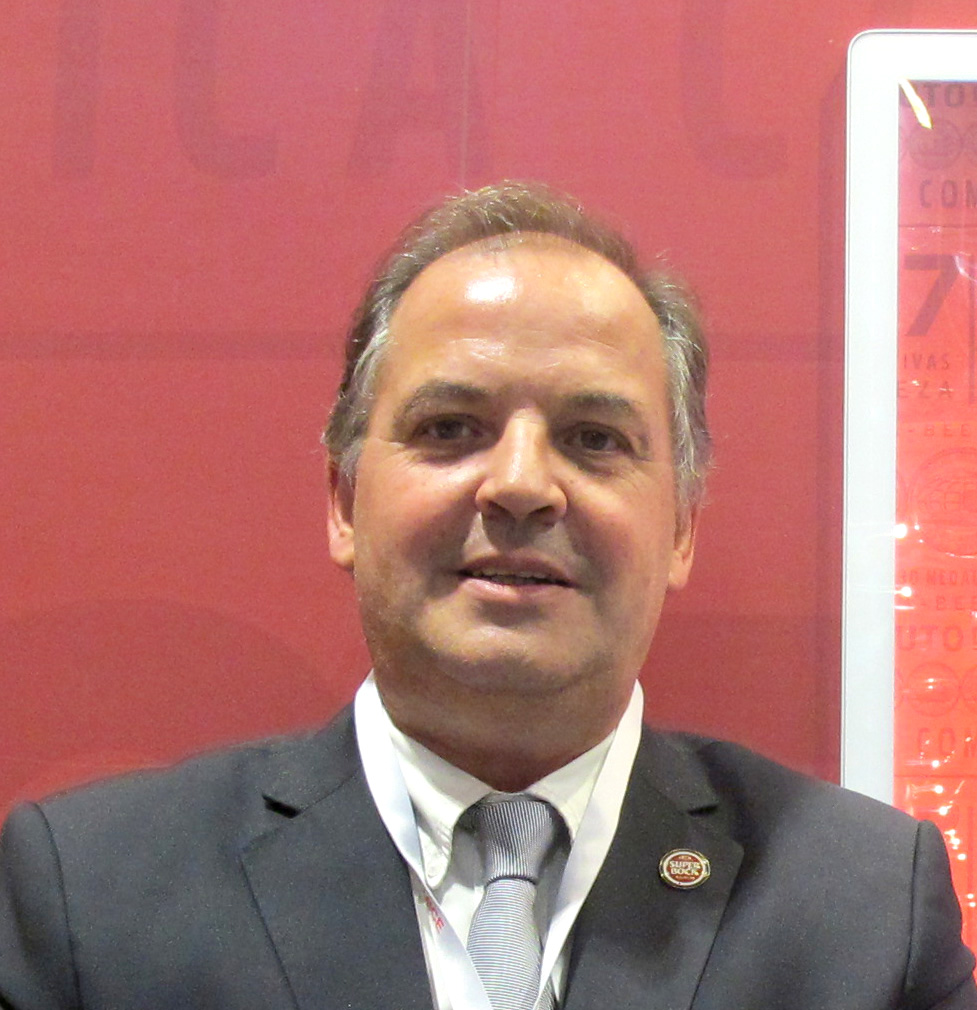 Portugal
“We have a global presence and we export to more than 50 countries. Currently Mainland China is our biggest market in terms of exports and, because of the success we have achieved in that market, we need to strengthen our presence there. Macao is an essential part of this strategy, this trade event is important for developing networks and creating more business opportunities.”
Super Bock Group (Unicer) Asia Director João Torres 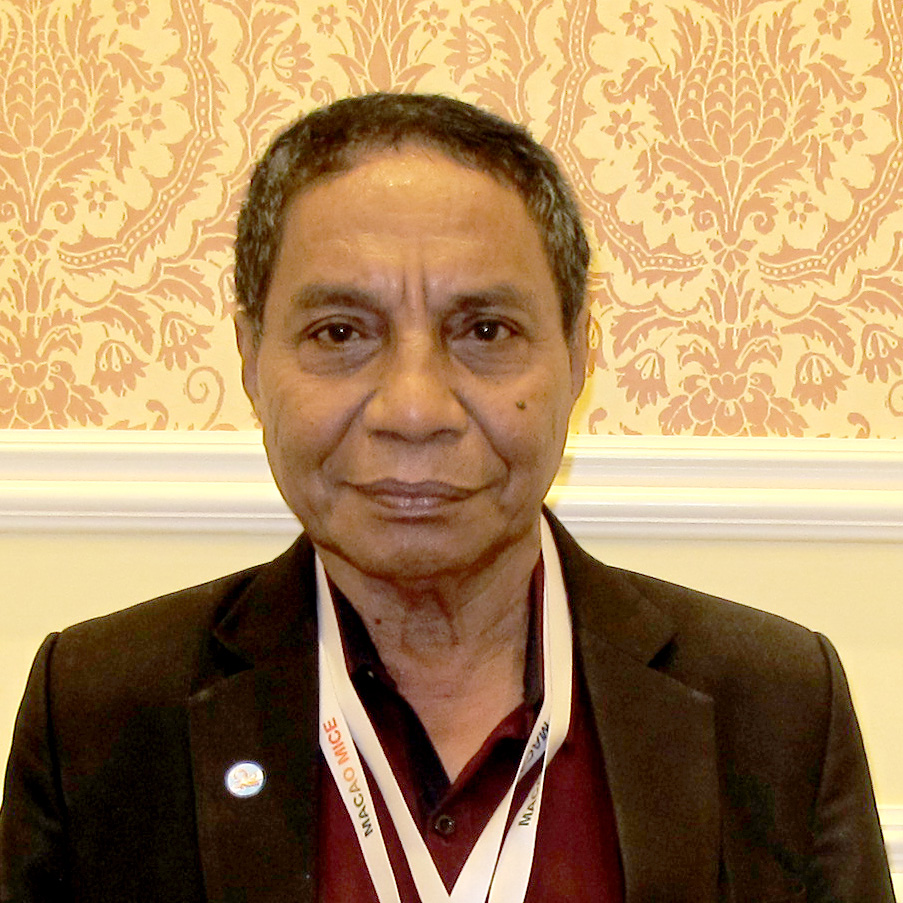 East Timor
“We have actively taken part in trade events in Macao for several years, and we are pleased that the PLPEX has become a separate event. Through this event we can maintain our ties with other participating countries and share experiences which are vital to our development, as well as supporting economic enhancement and the growth of our business community.”
TradeInvest Timor Leste Executive Assistant João Baptista dos Santos