The impact of the COVID-19 pandemic on Macao’s tourism industry could breathe new life into the city’s growth towards moderate economic diversification, by shifting the focus to financial services linking China and Portuguese-speaking Countries, according to academics that Macao Image has spoken to. They say the Closer Economic Partnership Arrangement (CEPA) may play an important role in any shift.

Official data from the Macao Government show that Macao’s economy was 67.8 percent smaller in the second quarter of 2020 than a year earlier as one of the city’s economic pillars, tourism, saw a 86.7 percent year-on-year fall in visitor arrivals in the first three quarters of 2020.

“The likelihood of having a V-shaped rebound is very low,” said Mr Henry Lei Chun Kwok, Assistant Professor of the Department of Finance and Business Economics at the University of Macau.

Nonetheless, academics can glimpse a silver lining to the pandemic-induced cloud of gloom, in the form of moderate economic diversification. “We have been talking about it for a long, long time,” Mr Jacky Yuk-Chow So, Vice President and Concurrent Dean of the School of Business at the Macau University of Science and Technology, told Macao Image.

Mr Lei agrees, recalling how the economic downturn in 2014 prompted Macao investors to increase their business dealings with Mainland China via the advantages provided by CEPA. Macao’s direct investment in Mainland China began to rebound in 2016, when the Guangdong-Hong Kong-Macao Greater Bay Area (known as the Greater Bay Area) project was unveiled, he said.

CEPA lowers the threshold for Macao incorporated companies to enter into certain industries in Mainland China and allows them to enjoy the same treatment as a local national entity. This makes Macao particularly attractive for Portuguese-speaking Countries companies, giving them privileged access to the Mainland Chinese market.

Mainland China and Macao signed CEPA in 2003. The arrangement came into effect in 2004. Ten more Supplements had been signed until 2013. The arrangement covers commitments made in three major areas of economic and trade including trade in goods, trade in services and investment facilitation.

On 12 December 2018, Mainland China and Macao signed the Agreement on Trade in Goods under CEPA, which enhanced the arrangement, establishing origin criteria and more flexible ways for determining the origin of all products covered by the Mainland China’s tariff codes.

With the optimisation of the criteria, more favourable conditions have been created for companies to enjoy exemptions from customs duties. Under CEPA, Macao can also prompt manufacturers to bring into the city raw materials from the Portuguese-speaking Countries and then process them, and to sell products “Made in Macao” in the Mainland Chinese market.

Mr Lei suggested that the challenges brought about by the COVID-19 pandemic will drive Macao to put more effort into alternative ways to build its economy, specifically by developing better ties with the Portuguese-speaking Countries.

Mr José Alves, Dean of the Faculty of Business at the City University of Macau, thinks CEPA could help enterprises make good use of the Guangdong-Hong Kong-Macao Greater Bay Area and leverage Macao’s role as a Commercial and Trade Co-operation Service Platform between China and Portuguese-speaking Countries.

Advantages of the CEPA

Macao’s interest in CEPA is economic, Mr So said, as the arrangement grants the city access to Mainland China’s huge domestic market. “Basic economic theory tells us that if the Macao Government provides an incentive, in this case a zero tariff, it will encourage additional trade,” he added.

Between 1 January 2004 and 31 December 2020, the Macao Economic Bureau issued 6,657 CEPA certificates of origin, of which 5,837 have been used, covering products with a combined export value of MOP1.12 billion, saving the importers from paying at least an estimated MOP76.0 million in tariffs.

Mr Alves said some entrepreneurs in the Portuguese-speaking Countries had yet to understand fully the advantages of CEPA, so Macao traders had led the way in making use of the arrangement. “It’s mostly Macao-based businesspeople, some of whom are bilingual, that have fully understood the advantages of this agreement,” he said, referring to entrepreneurs proficient in both Chinese and Portuguese.

One example of a Macao trader that has led the way is Charlestrong Café Co. Lda., headed by Macao businessman Mr Charles Shi. It has invested about HKD20 million in a venture to process coffee organically grown in Timor-Leste.

Charlestrong’s Café Dilly brand of coffee is available to guests staying at one of the integrated entertainment resorts in Macao. The company has plans to sell its coffee specialities in Mainland China, starting in the Greater Bay Area.
“It’s a good start but relying on manufacturing activities alone cannot generate sufficient cash flow for the economy,” Mr Lei said.

The margin of value added in trading goods is relatively narrow, so Macao should seek to broaden the scope of its trade to include services and solutions, added Mr Alves.

The two sides have also signed the CEPA Agreement between the Mainland and Macao on Achieving Basic Liberalisation of Trade in Services in Guangdong to further achieve the liberalisation of trade in services between the two sides. On 20 November 2019, representatives signed the Agreement Concerning Amendment to the CEPA Agreement on Trade in Services, with a view to boosting bilateral trade. The amendment lowered the bar to entry to the Mainland Chinese market, eased restrictions and advanced special liberalisation measures tried out in the Greater Bay Area.

Mainland China has allowed Macao enterprises into its markets for 153 out of the 160 services listed by the WTO Services Sectoral Classification System. The markets now open to Macao enterprises include the markets for financial services such as accounting, insurance, banking, and dealing in securities and futures. The Macao Economic Bureau has given out 826 Macao Service Supplier certificates.

Mr So said Macao might struggle if it tried to compete with important financial centres such as neighbouring Hong Kong or Shenzhen. But the city may thrive as what he called a “small and beautiful” financial centre by finding a “very unique market niche”, such as financial services for business between China and the Portuguese-speaking Countries. He believes building up Macao’s financial industry is the most feasible way for Macao to diversify its economy adequately. “It’s my dream, to some extent,” he said.

Mr Lei agrees that Macao could exploit the mobility of capital in developing its own financial services industry that would complement those in Hong Kong and other Chinese cities in the Greater Bay Area, while supporting the development of Mainland China as a whole.

One way forward, Mr So said, would be to set up a bond market, a possibility that the Monetary Authority of Macao (AMCM) has looked into. Professor So is a member of the AMCM Advisory Board of the Fiscal Reserve.

In the short term, such a market would open a financing avenue for some big Macao companies, Mr So said. Later the market could handle debt issued by enterprises elsewhere in the Greater Bay Area, and debt issued to finance undertakings forming part of the “Belt and Road” initiative, in particular undertakings involving Portuguese-speaking Countries, he said.

Mr Lei believes Macao can go further and provide businesses professional consultancy and data services. For instance, Macao companies can help potential investors by developing business rating services, and by checking the political backgrounds of shareholders and the financial structures of companies. He said the main customers for such high-value-added services would be small or medium-sized enterprises in Mainland China and in Portuguese-speaking Countries, because such businesses lacked the resources to do such research on their own.

Mr So said, to provide such services Macao would need more than just translators and interpreters. He said the city needed bilingual professionals, such as lawyers and accountants, with specific knowledge and experience of business. 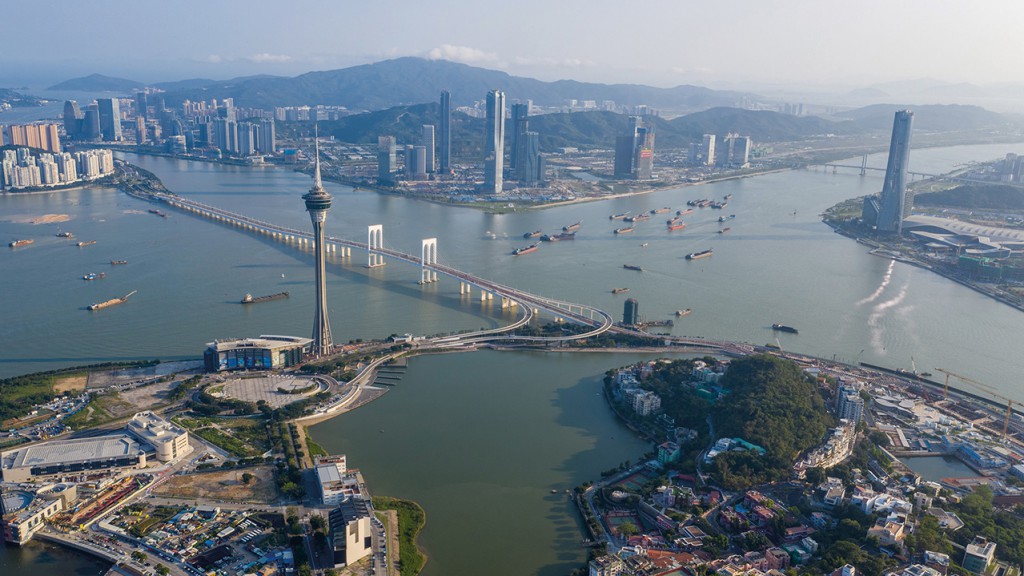 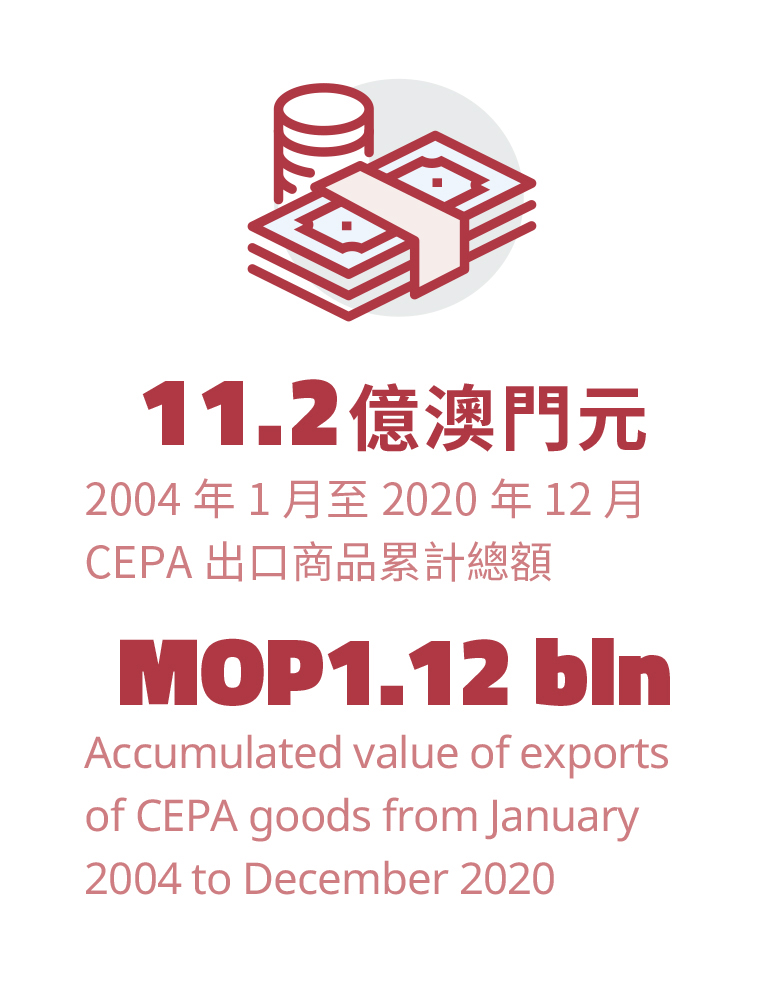 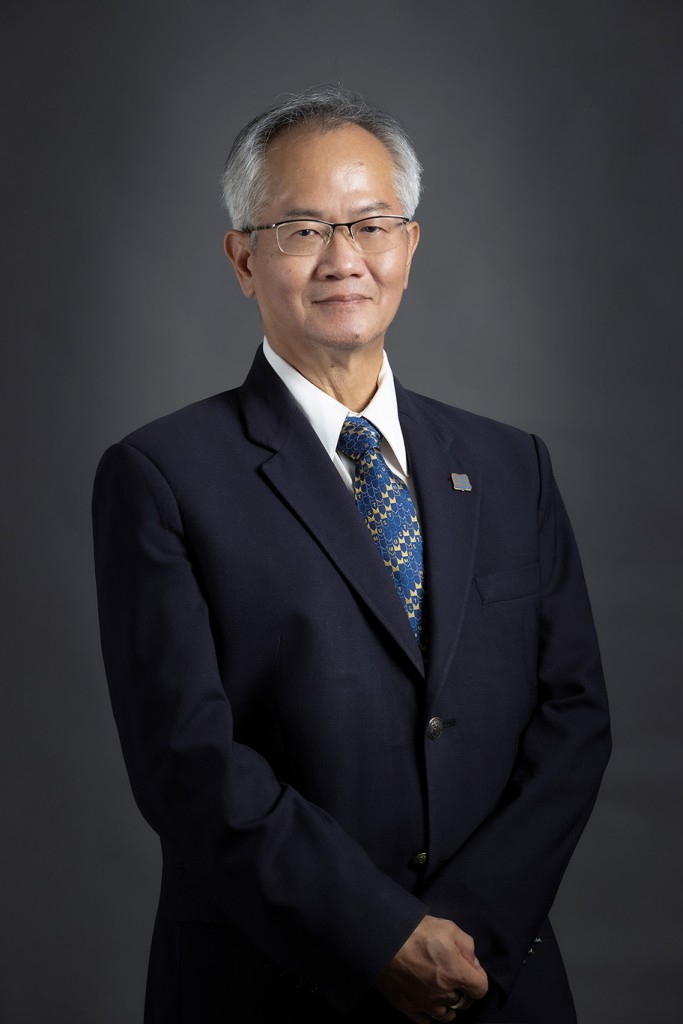 Mr Jacky Yuk-Chow So, Vice President and Concurrent Dean of the School of Business at the Macau University of Science and Technology 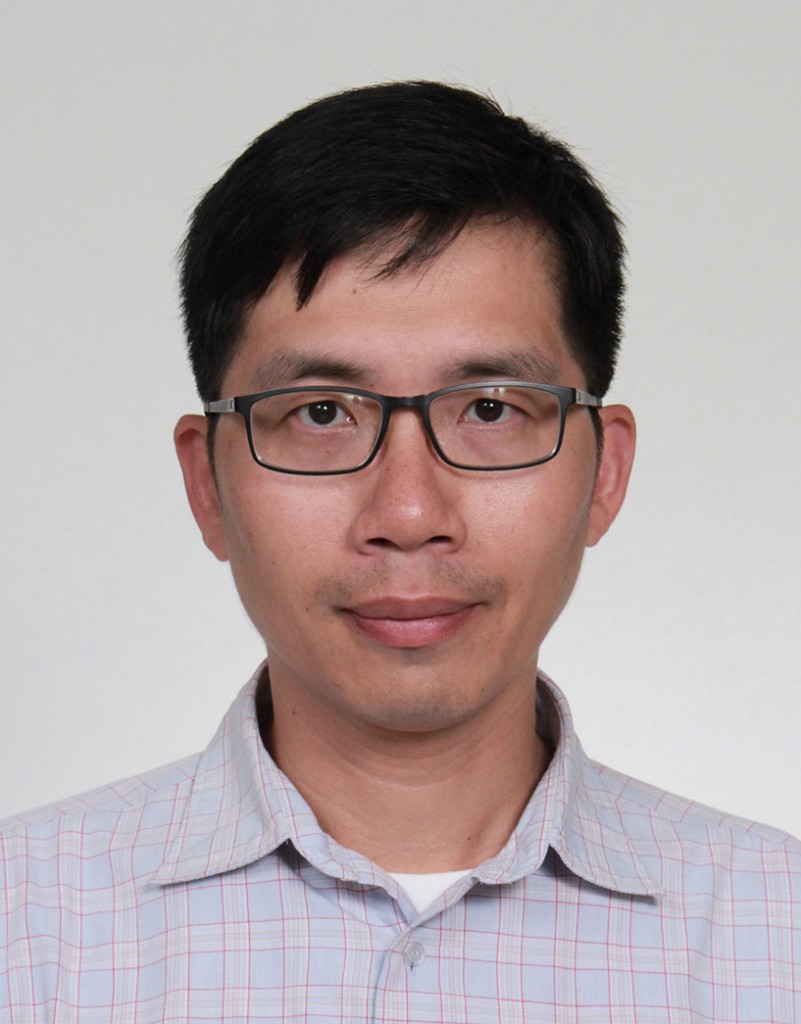 Mr Henry Lei Chun Kwok, Assistant Professor of the Department of Finance and Business Economics at the University of Macau 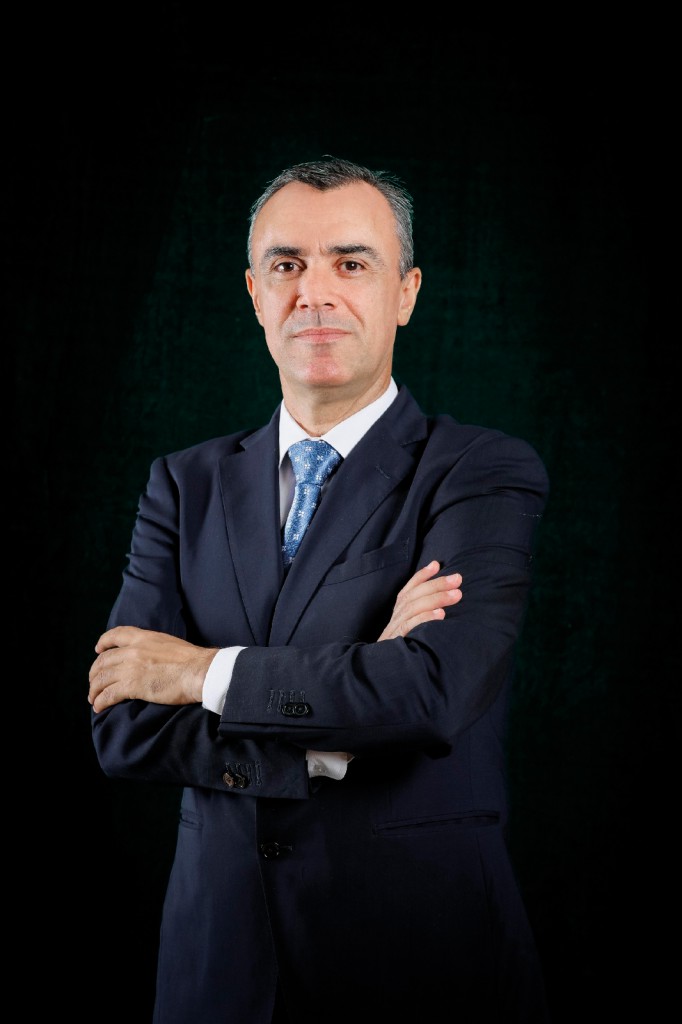 Mr José Alves, Dean of the Faculty of Business at the City University of Macau 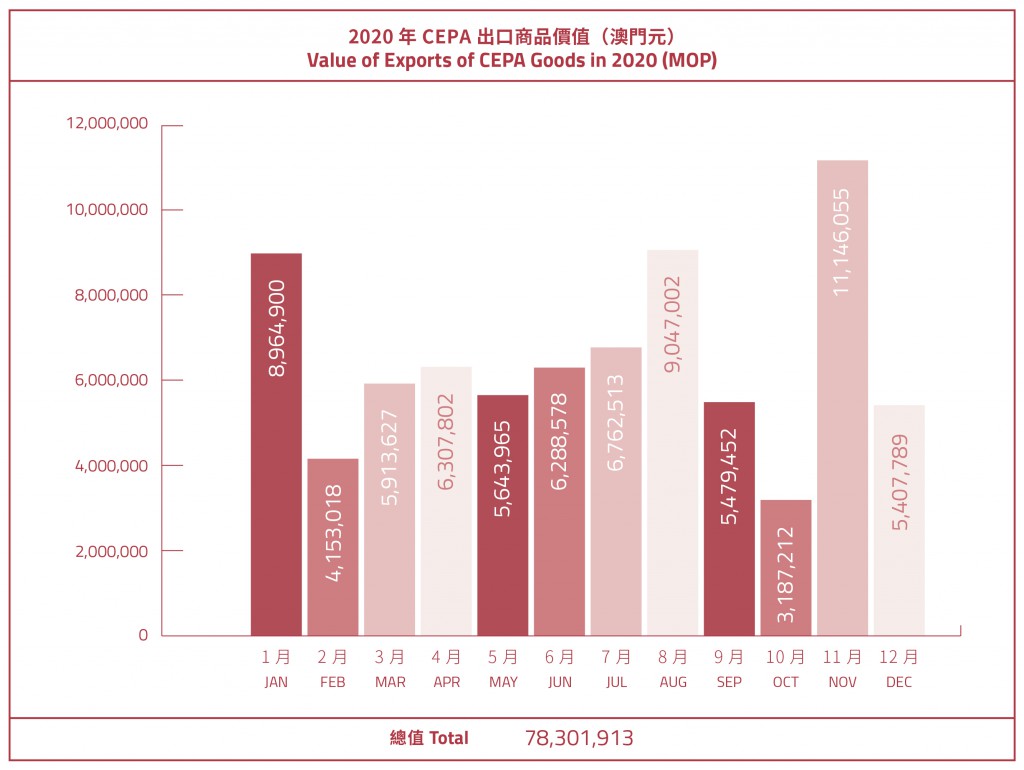 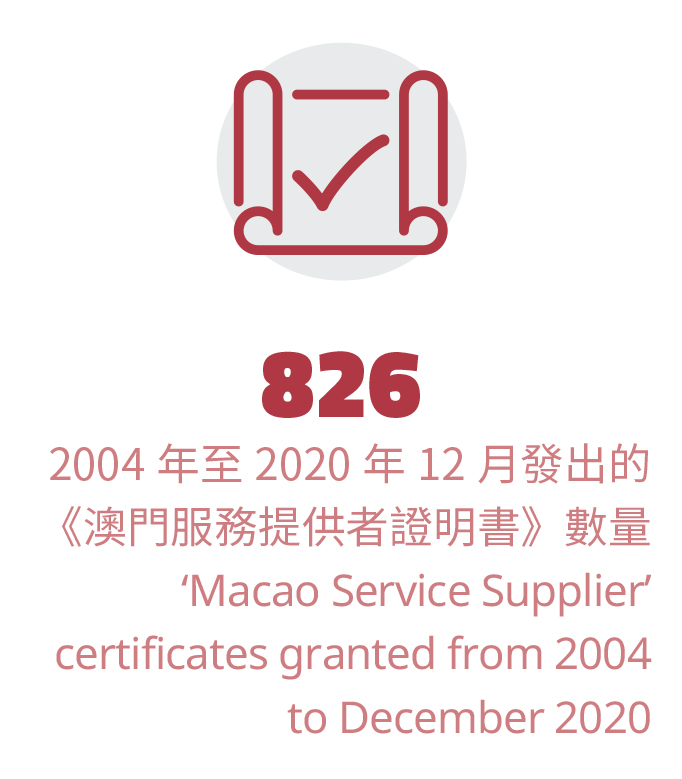 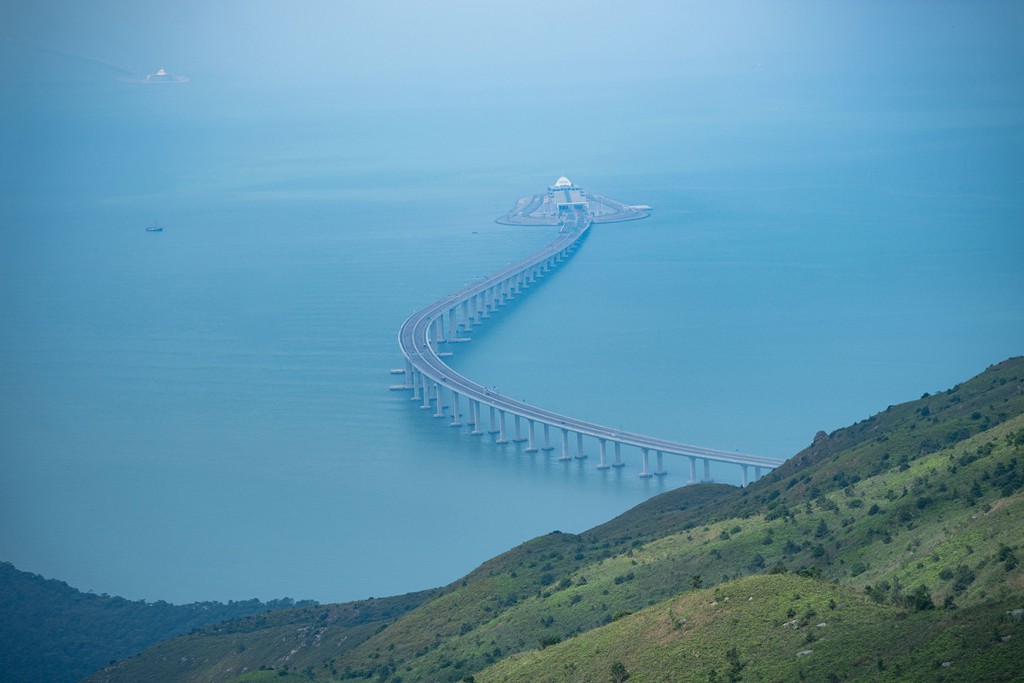