The two-day Forum was collaboratively hosted by the China International Contractors Association (CHINCA) and the Macao Trade and Investment Promotion Institute (IPIM), and it offered more than 30 keynote forums, thematic sessions and parallel forums. More than 170 business meetings took place during the Forum, drawing the interest of more than 1,000 people from an aggregate of 42 countries and regions, and including diplomatic envoys to China from 32 countries.

At the signing ceremony organised during the Forum, the Chinese and foreign parties signed a total of 12 co-operation agreements, covering deals such as the development of roads, buildings, photovoltaic power stations and wind electricity, as well as work in other fields.

At the opening ceremony of the Forum, Mr Ho Iat Seng, Chief Executive of the Macao Special Administrative Region (SAR), said in his welcoming speech that the latest edition of IIICF would usher further stimulus to spur the recovery of Macao’s economy.

With the full support from the Central Government and the co-operation of the Macao SAR Government, the Forum has developed into one of the most influential international exhibition events held in Macao, as well as a pivotal platform for Macao to participate in the construction of the “Belt and Road” initiative and the Guangdong-Hong Kong-Macao Greater Bay Area. The 11th IIICF was themed “Responding to Challenges and Promoting Global Infrastructure Development”. It played a positive role in boosting confidence, building consensus, and helping parties to work together to meet challenges, additionally bolstering high-quality and sustainable development for the industry.

During the signing ceremony and the summary press conference, the organisers concluded this year’s IIICF.
Mr Fang Qiuchen, Chairman of the CHINCA, summed up three traits of the 11th IIICF: first, the context was uncommon while the theme was distinct; second, the Forum captured wide attention and active participation from all parties; third, the 11th IIICF was innovative and novel in terms of how it was organised.

This year’s Forum emphasised unity and co-operation to address difficulties together, said the organisers. The topics discussed during the event aimed to promote the stability and reshaping of the industrial chain, supply chain, and value chain, of the international infrastructure sector, while underscoring the challenges facing the industry in the new-normal of pandemic prevention and control.

As per the requirements of pandemic prevention and control, the organisers made corresponding adjustments to the number of on-site personnel; however, the overall level of this year’s guests was improved compared to previous years. In light of the requirements for exhibition events amid the pandemic, the organisers held this Forum both online and offline for the first time. Foreign guests were invited to participate in the keynote sessions, special events and parallel forums online, and deliver video speeches. The Forum also had for the first time live webcasts of major sessions such as the opening ceremony and keynote sessions.

Mr Benson Lau Wai Meng, President of IPIM, summarised the 11th IIICF in four aspects. First, it showcased that Macao was a safe stage for conferences and exhibitions, and that Macao had the ability to integrate online and offline services and activities in the new era. Second, in response to the pandemic, the Forum proposed directions for the recovery of international infrastructure co-operation. Third, the Forum highlighted the importance of the dynamic integration of the IIICF and Macao’s role as a Commercial and Trade Co-operation Service Platform between China and Portuguese-speaking Countries in facilitating international collaboration. Fourth, the Forum continued to incorporate Macao elements and enhanced the commitment of the local industry to regional infrastructure construction.

The 11th IIICF featured a number of elements of Macao. A total of 13 associations from Macao, respectively from the local construction sector and the financial industry, as well as government departments continued to be co-organisers of the event, promoting the development of the Guangdong-Hong Kong-Macao Greater Bay Area, and deepening Macao’s role as a Commercial and Trade Co-operation Service Platform between China and the Portuguese-speaking Countries. 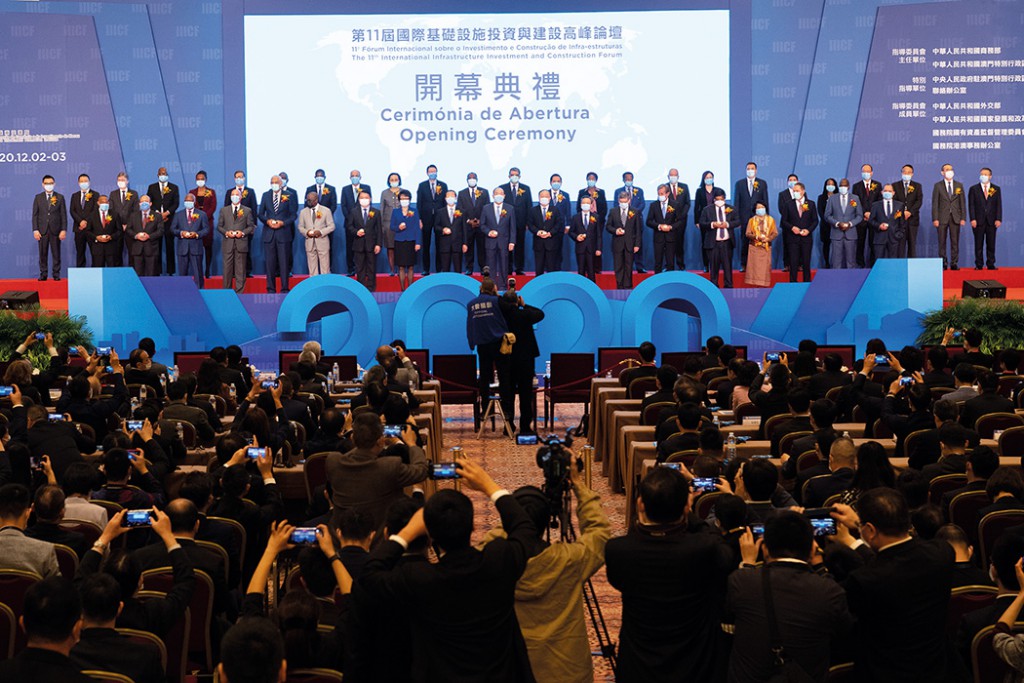 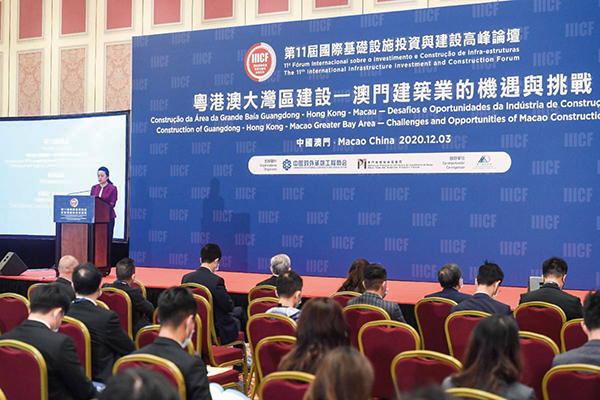 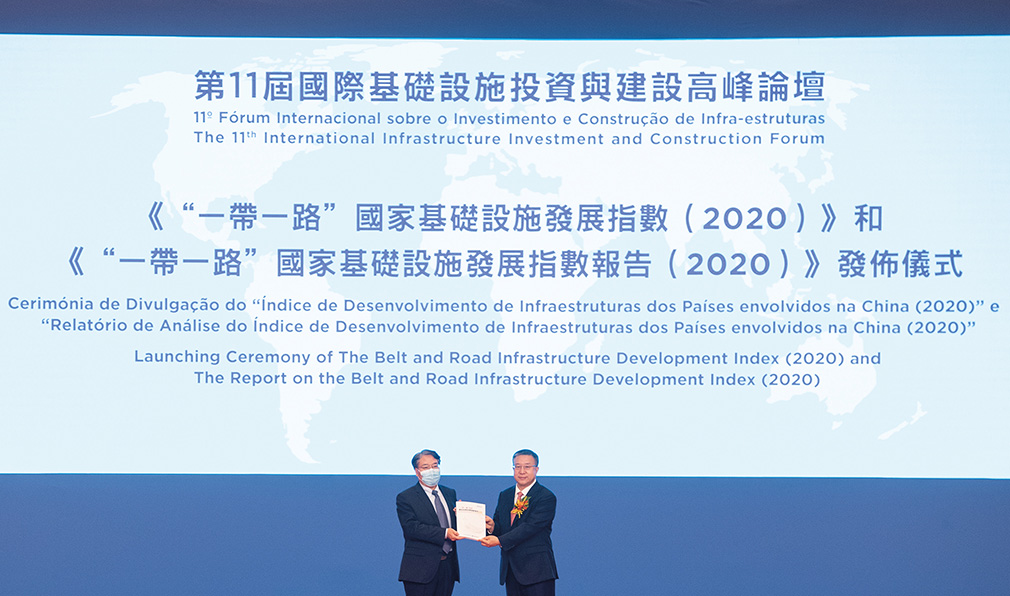 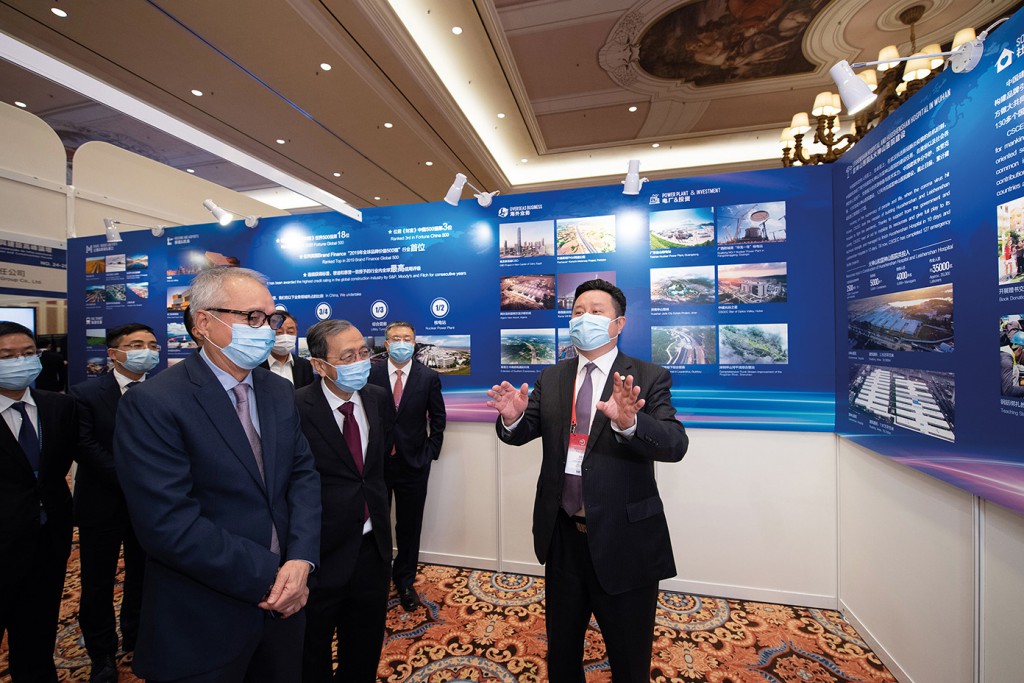