The Macao Trade and Investment Promotion Institute (IPIM) celebrates its 25th anniversary in 2019, which is also the 70th anniversary of the founding of the People’s Republic of China and the 20th anniversary of the establishment of Macao Special Administrative Region (SAR). Mrs Irene Va Kuan Lau, President of IPIM, talks to Macao Image about what the institute has been working on, and its future goals. 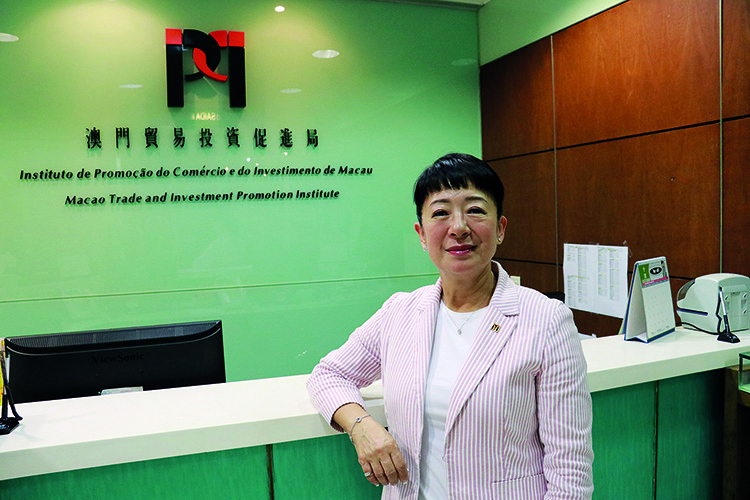 What are IPIM’s major tasks in the endeavour to diversify Macao’s economy?

The meetings, incentives, conventions and exhibitions (MICE) industry is one of the most important emerging industries for facilitating the moderate economic diversification of Macao. It could bear economic fruit in multiple areas: while the organisers and co-organisers of events benefit from it, small and medium-sized enterprises (SMEs) can also explore local and overseas markets through participating in MICE events. Moreover, fostering the MICE industry could also drive the development of the upstream and downstream sectors of the MICE supply chain and the city’s economy as a whole, including advertising, logistics, food and beverage, tourism, hospitality and other segments.

As at the end of 2018, a total of eight events and conventions held in Macao were recognised by UFI, the Global Association of the Exhibition Industry. In order to have more quality MICE events held in Macao, the “One-stop Service” for MICE Bidding and Support in Macao and other MICE subsidy schemes provided by IPIM helped the city attract 182 MICE events in the first half of 2019, including 126 meetings, 47 exhibitions and nine meetings-cum-exhibitions, 133 of which have already been held.

According to the city’s Statistics and Census Service, average spending per visitor that participated in MICE events in Macao during the third quarter of this year was MOP4,319, which is 181 percent higher than the overall average spending of a tourist, at MOP1,532. Between January and September 2019, IPIM led more than 24,000 exhibitors and visitors of MICE events to tour and spend in different neighbourhoods in Macao, so as to extend the economic benefits of MICE events to local neighbourhoods, thus boosting the community economy.

To attract more investment projects that are beneficial to Macao’s moderate economic diversification, IPIM also provides the Investor’s “One-stop Service”, which gives all types of support so that investors can implement their projects in Macao. Additionally, IPIM has set up representative offices in the Mainland Chinese cities of Hangzhou, Chengdu, Shenyang, Fuzhou, Guangzhou and Wuhan, assisting Macao companies to explore the Mainland Chinese market while following-up with Macao projects by Mainland Chinese firms.

IPIM has been designated by the Macao SAR Government as the department responsible for nurturing the local MICE industry. What are your priorities in order to develop this industry?

As the department of the Macao SAR Government responsible for the development of Macao’s MICE industry, IPIM is now carrying out work to enhance the quality of the industry and to attract more international and professional MICE events to Macao, thus facilitating the community’s economy. Moreover, further helping the MICE industry to grasp the opportunities arising from the “Belt and Road”Initiative and the development of the Guangdong-Hong Kong-Macao Greater Bay Area, IPIM will work with the industry to start a co-operation model to support “one event in two places”. This means different parts of a MICE event – a meeting and an exhibition – can be held in different cities in the Greater Bay Area, so as to play to the strengths of each city. For instance, the Greater Bay Area cities in Mainland China have advantages in terms of exhibition costs, logistics and access to venues, while Macao has an advantage in terms of its economic system, the international standards of its services industry and all-round hardware. This co-operation model could help the two sides collaborate in MICE events in different topics and formats, but also contribute to the realisation of the strategy “exhibition in the conference” and “conference in the exhibition”, thus encouraging the regional development of the MICE industry.

Looking forward, we shall continue to strengthen policy guidance, optimise resource allocation, improve service levels, and consolidate and enhance our brand promotion efforts, thus attracting more quality MICE events to Macao and enhancing the market-level professionalism of the local MICE industry and making it more international. IPIM will also provide suitable support in accordance with the development needs of the MICE sector.

Fostering the MICE industry could also drive the development of the upstream and downstream sectors of the MICE supply chain and the city’s economy as a whole. 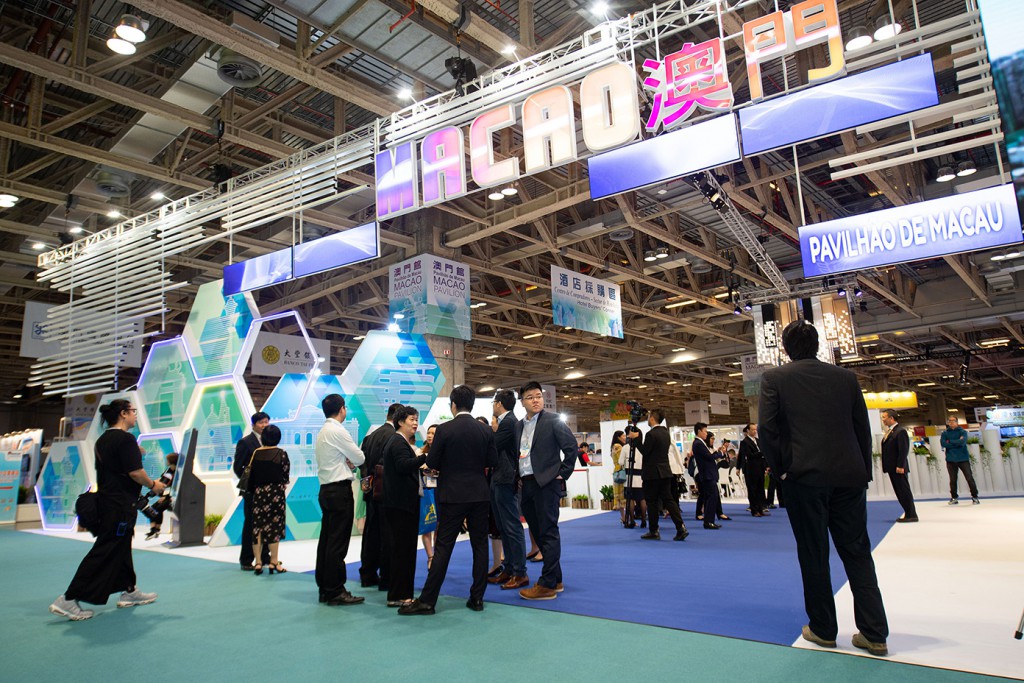 What is it about Macao that attracts international meetings and exhibitions?

From the feedback of the industry and other opinions we have gathered, there are three major reasons for hosting a MICE event in Macao. The first is the hardware facilities. Macao has many world-class MICE facilities for international events, with an aggregate 190,000 square metres of MICE space, as well as boasting over 38,800 hotel rooms. With the unique design of Macao hotels and resorts, in which MICE venues are linked to hotels, it is easier for MICE event organisers to make arrangements and coordinate their events while in the city.

The second is software, in which the MICE services in the city have gradually reached international standards. The city also has experience of hosting large-scale international meetings and can now host meetings of several thousand or even more than 10,000 participants.

The third is the source markets of MICE visitors. Leveraged its role as a Commercial and Trade Co-operation Service Platform between China and Portuguese-speaking Countries, and in the policy of developing into a World Centre of Tourism and Leisure, Macao receives 30-plus million visitors a year. With close and extensive connections with the Portuguese-speaking Countries, as well as the city’s ties with returned overseas Chinese and their relatives, the city could further consolidate its relationships with the European Union, members of the Association of Southeast Asian Nations and the countries along the Belt and Road. These can all provide multiple diverse sources of visitors for MICE events held in Macao, thus ensuring the effectiveness of events in the city.

How can the opening of the Hong Kong-Zhuhai-Macao Bridge help Macao’s MICE industry?

The opening of the bridge in October 2018 and the constant improvement of the bridge’s services can help accelerate integration of Macao with the Guangdong-Hong Kong-Macao Greater Bay Area, as well as facilitate all-round industrial co-operation within the region. This brings challenges and opportunities for the Macao MICE industry. By boosting regional competition and collaboration, there will be more exchanges and flows of people, goods, capital and information, which should provide new momentum for enhancing the quality development of the Macao MICE industry.

For instance, the travel time between Hong Kong International Airport and Macao is now only around 30 minutes, providing convenience and a brand-new experience for the general public, visiting professionals and entrepreneurs participating in MICE events in Macao. This can help create further synergies in the region and direct visitors to other cities and vice-versa. Thus, IPIM has set up service counters at Hong Kong International Airport and the Macao Port of the Hong Kong-Zhuhai-Macao Bridge in order to provide better services for visitors and entrepreneurs that participate in MICE events in the city. Moreover, with more hotel projects and MICE facilities to be completed in Macao in the next two years, IPIM believes that the Hong Kong-Zhuhai-Macao Bridge could advance more MICE collaboration projects in the region.

IPIM is now carrying out work to enhance the quality of the industry and to attract more international and professional MICE events to Macao. 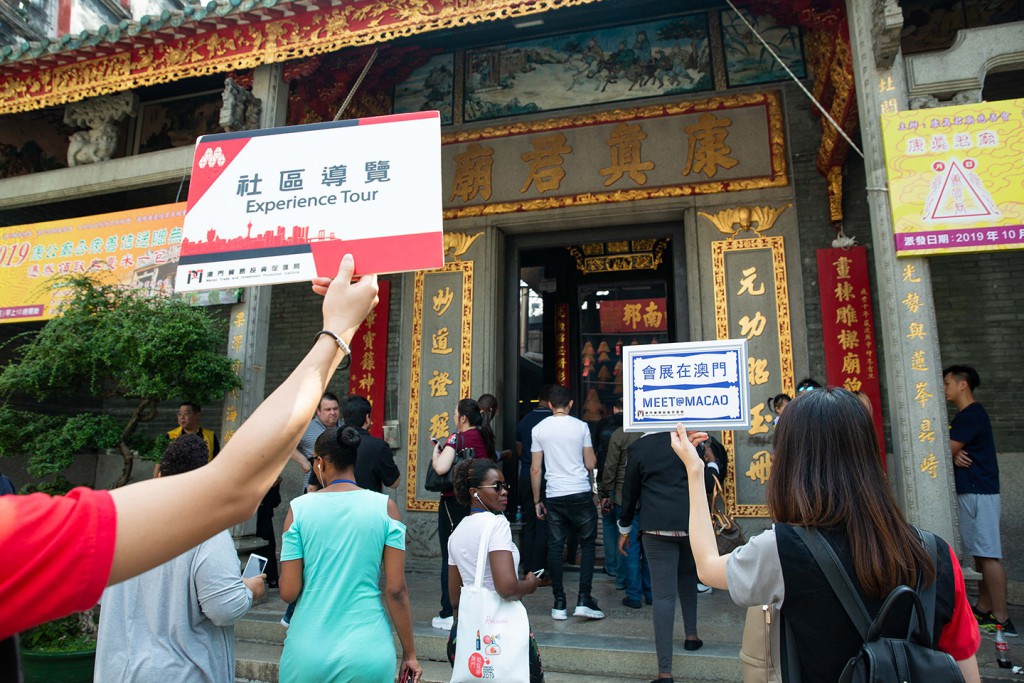 What are IPIM’s contributions to strengthening Macao’s platform role?

On top of that, IPIM continues to arrange visits to different Mainland Chinese cities for companies from Portuguese-speaking Countries. IPIM also provides the “China-PSC Business Compass service” – including support like hardware facilities, business consulting, business referrals, business matching – to help enterprises in the Portuguese-speaking Countries explore the Mainland Chinese market and assist companies in Mainland China and Macao venture into the Lusophone market. As of November 2019, a total of 301 projects had registered with this service, in the areas of trade, finance, construction and others. 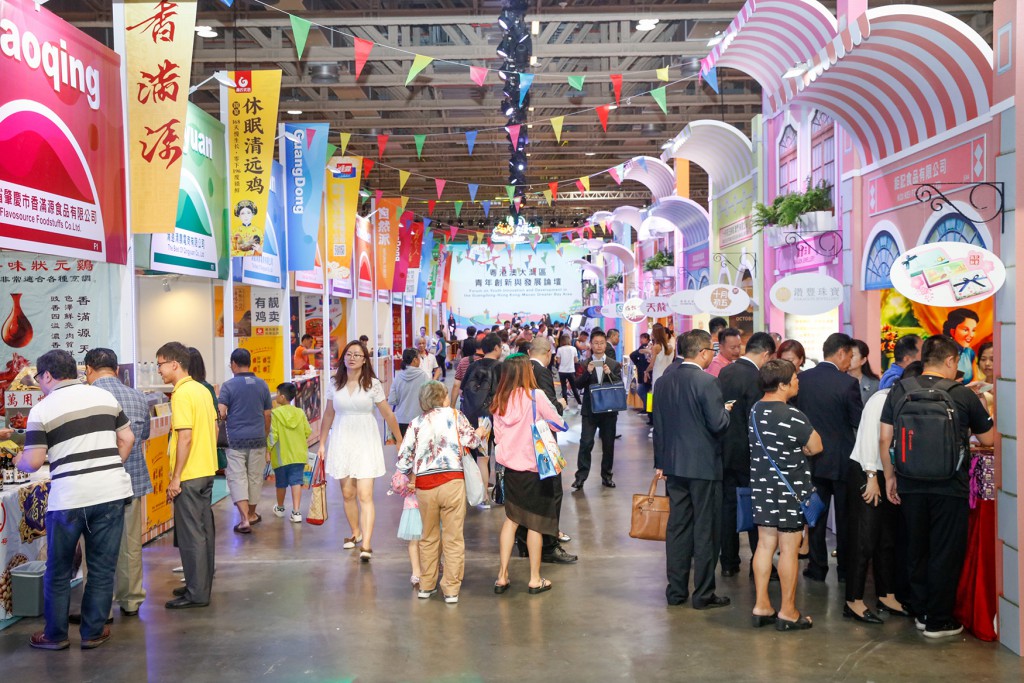 Macao attracted 182 MICE events in the first half of 2019, inotrduced by IPIM

How can Macao serve as a bridge for enterprises in the Portuguese-speaking Countries to reach the Mainland Chinese market?

Macao has unique advantages in several professional areas, including translation services for the Chinese and Portuguese languages, legal and accounting services, and business consultancy and matching. Under the “One country, two systems” principle, Macao has close ties with the Mainland Chinese market, which can assist companies in the Portuguese-speaking Countries to invest in and explore the markets of Mainland China and Macao.

The “Outline Development Plan for the Guangdong-Hong Kong-Macao Greater Bay Area” also confirms the city’s position as a World Centre of Tourism and Leisure and as a Commercial and Trade Co-operation Services Platform between China and Portuguese-speaking Countries, in order to promote the moderate diversification of the city’s economy. It also encourages Macao to develop into a base for exchanges and co-operation, with Chinese culture as the mainstream, co-existing with a diversity of cultures. 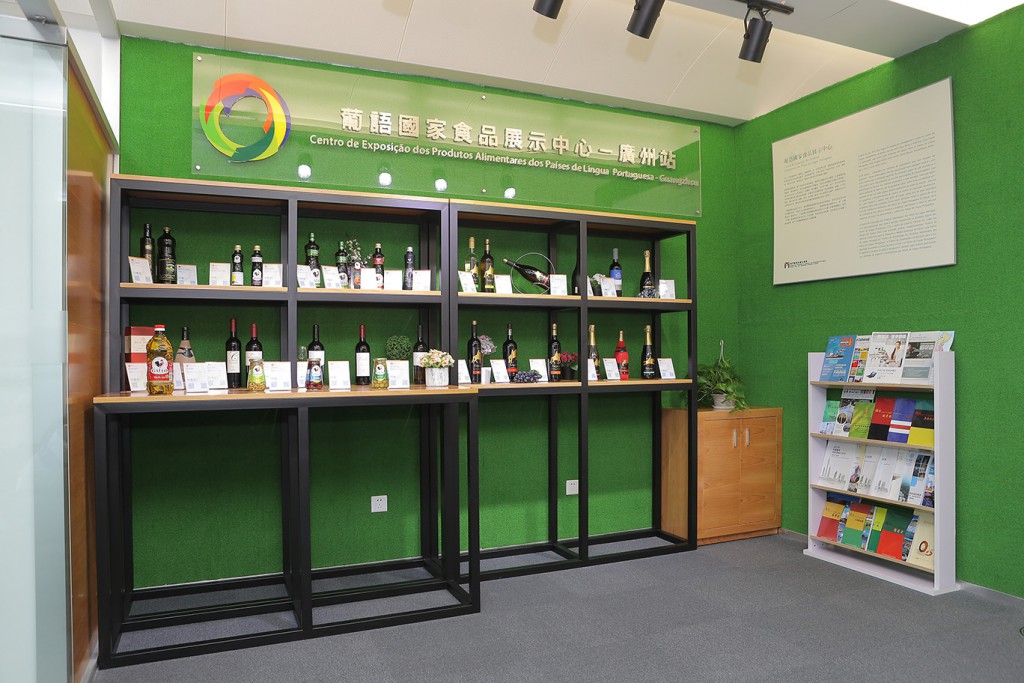 What opportunities for Macao enterprises can the development of the Greater Bay Area bring?

Also to provide convenience for Macao firms to start businesses in the Greater Bay Area, IPIM launched in March 2019 the Facilitation Services for Commercial Registration in Nine Cities of the Guangdong-Hong Kong-Macao Greater Bay Area, with the service available in Foshan, Huizhou, Dongguan, Zhongshan, Jiangmen and Zhaoqing in the first stage. IPIM’s Guangzhou representative office will also consolidate its support services to advance projects by Macao in the Greater Bay Area.

Since 2012 IPIM has collaborated with the Department of Commerce of Guangdong to arrange for Macao entrepreneurs to visit and initiate commercial exchanges with the province. Based on this existing co-operation mechanism, IPIM will continue to help Macao learn from the successful experiences of Mainland Chinese enterprises, to broaden their business horizons and look for new business opportunities.

Macao has unique advantages in several professional areas, including translation services for the Chinese and Portuguese languages, legal and accounting services, and business consultancy and matching.