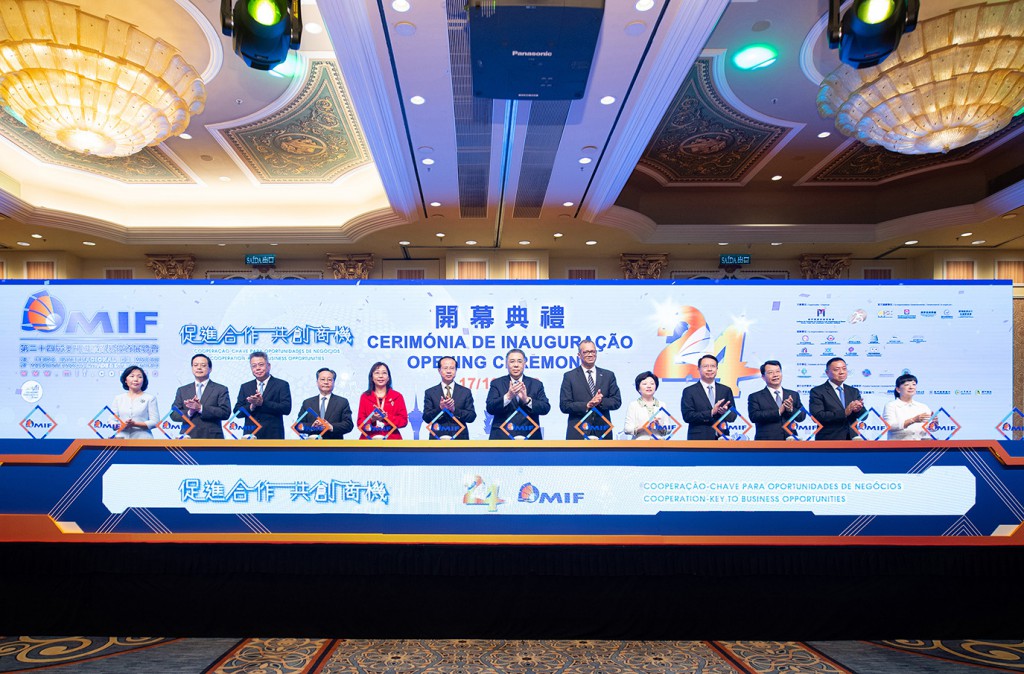 The 24th Macao International Trade & Investment Fair (24th MIF) and the 2019 Portuguese-speaking Countries Products and Services Exhibition (Macao) (2019PLPEX) were held from 17 to 19 October at The Venetian Macao. The latest edition of the MIF saw more than 1,500 booths occupying 24,000 square metres of exhibition space.

Some 85 agreements were signed at the two events during the three days. There were deals reached on food, tourism, cultural and creative goods, intelligence analysis management, product agency and technology transfers. Over the three-day events, more than 400 business-matching sessions were held.

The MIF used the theme “Co-operation – Key to Business Opportunities”.

Cabo Verde was the partner country at the Fair and Jiangsu province was its Partner Province. The 16th World Summit of Chinese Entrepreneurs was held during the course of the Fair, along with its more than 30 forums, promotional sessions or seminars.

An addition to the 24th MIF was the Cross-Border New Retail Pavilion, which introduced a new retailing model. Also new was the Innotech and Start-ups Zone, a larger version of the Smart Zone that showed off technology innovations in the previous year. The exhibits at the Brazilian Products Pavilion also attracted a number of attendees.

Mr Leong Vai Tac, Secretary for Economy and Finance of the Macao Special Administrative Region (SAR) Government said at the opening ceremony that the MIF had steadily improved over 24 years, growing in size and quality. Secretary Leong said the Fair continued to help Macao and Mainland Chinese companies to venture around the globe and expand their business and bring in further investment to Macao.

Secretary Leong said additionally that the Fair remained an occasion for companies in Mainland China, Portuguese-speaking Countries and parts of the world covered by the “Belt and Road” initiative to find opportunities for trading and investing. He added that the event contributed to the improvement of the meetings, incentives, conventions and exhibitions (MICE) industry in Macao, speeding-up its development. 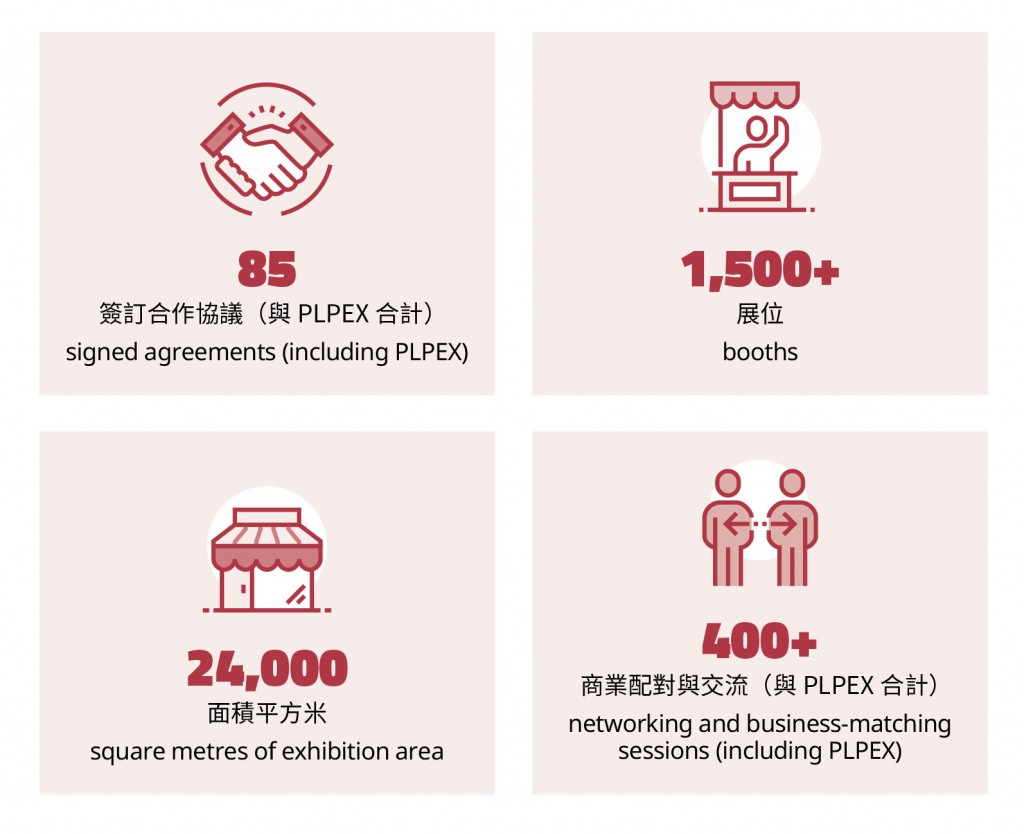 Support from the Central Government

Beijing has been encouraging representatives of Mainland Chinese companies and other institutions to exhibit at MIF since the Beijing Pavilion first became a feature of the Fair, in 2010. Attending MIF can help inform buyers and sellers about how various industries in Beijing are developing and serve as an occasion for interaction between the authorities in Beijing and Macao.

Various companies and government departments exhibited in the Beijing Pavilion at the 24th MIF. The pavilion was divided into five sections, covering services, technology, Chinese traditional medicine, finance and the Tongzhou District of Beijing.

One day of the Fair put the Beijing Pavilion under the spotlight, after which representatives of interested companies took part in business-matching sessions, reaching fruitful co-operation deals.

Looking back over the past decade of MIFs, Director Yang remarked on the changes made as the Macao Trade and Investment Promotion Institute (IPIM) gained more experience in putting on events. “In years gone by, every pavilion was a separate, closed space,” she said. “But for the 2019 Fair they have been transformed into open areas, which seems to enhance the flow between different areas.”

Ms Yang believes Macao will become an internationally renowned place for holding meetings and exhibitions once it fully takes advantage of the potential of its MICE industry. 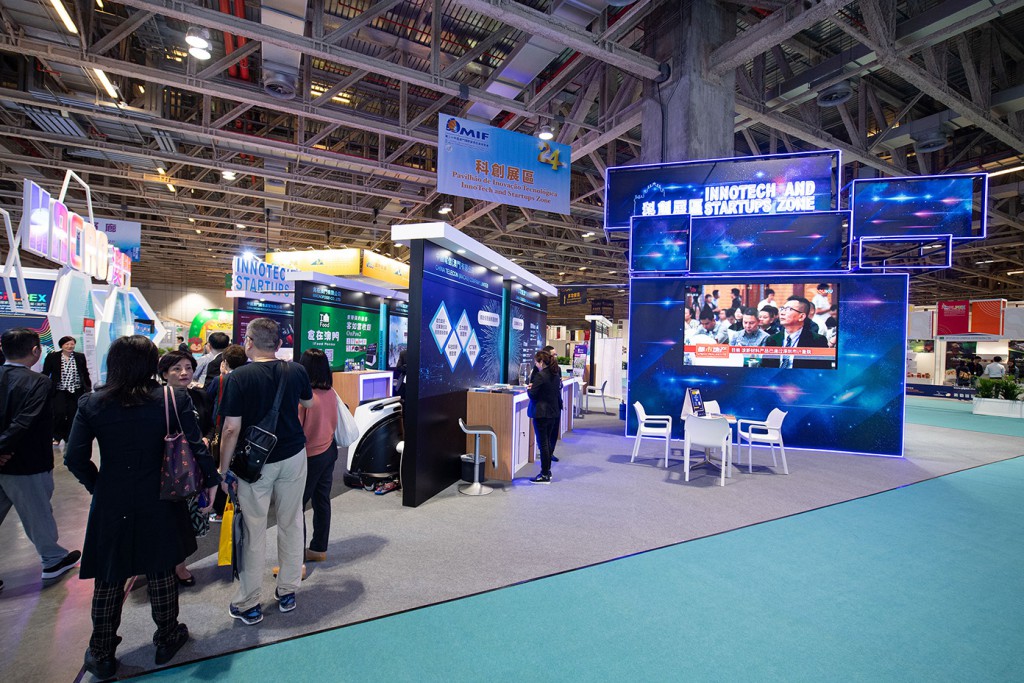 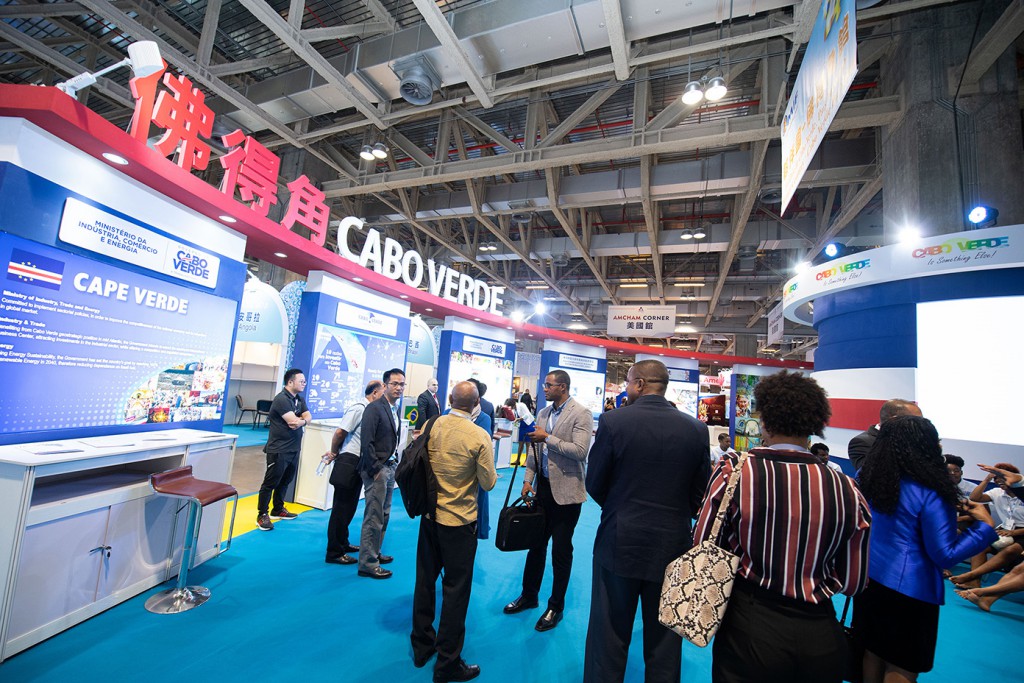 Cabo Verde was the partner country at the 24th MIF 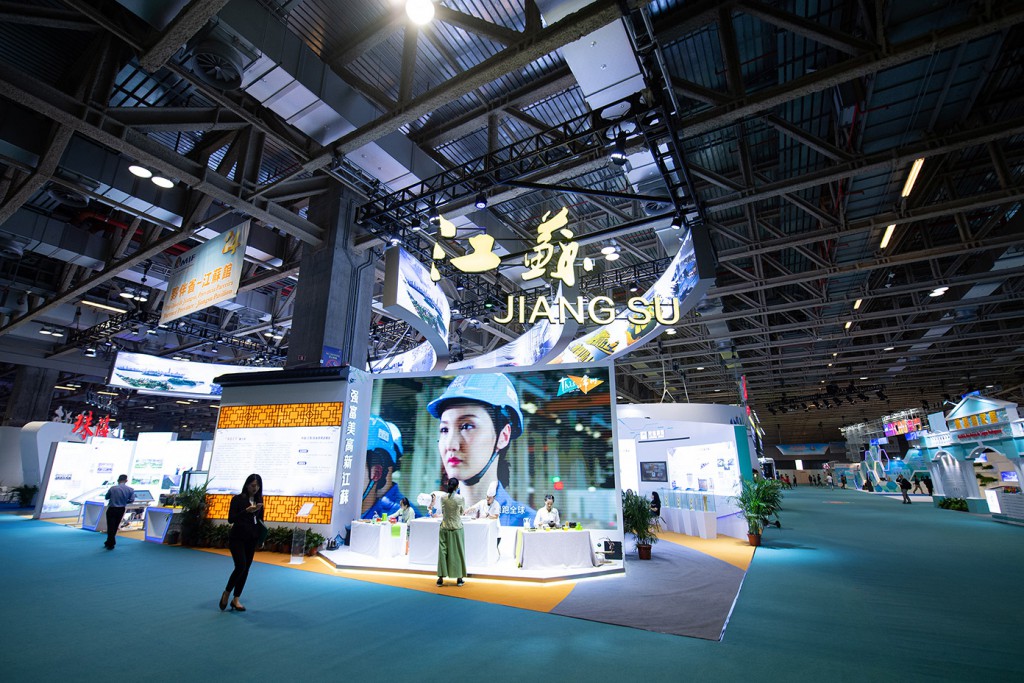 Jiangsu province was the partner province at the 24th MIF 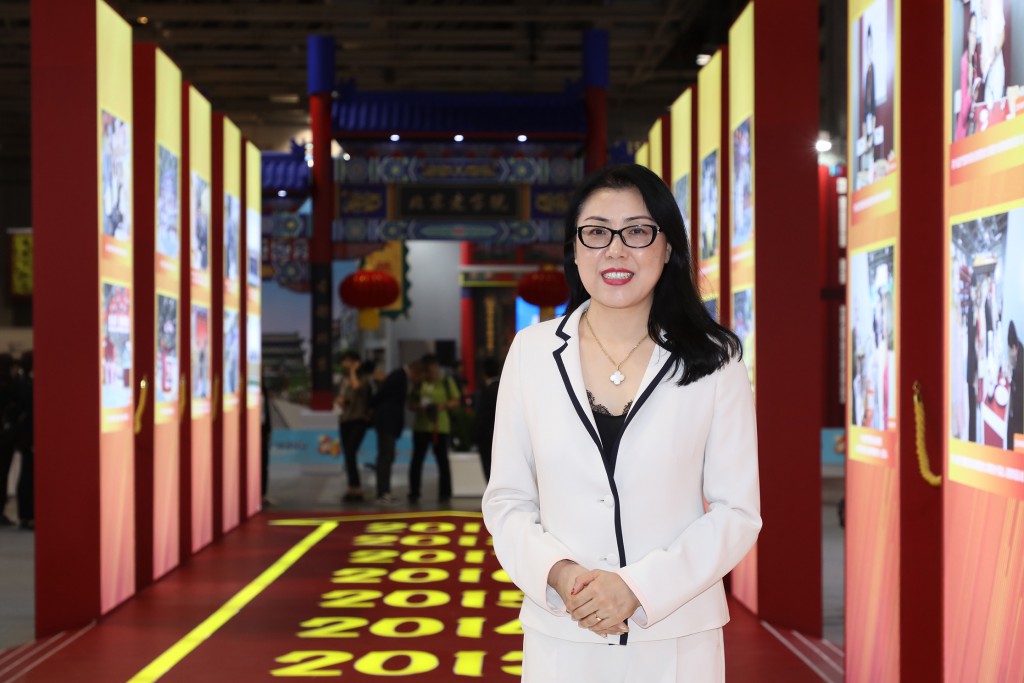 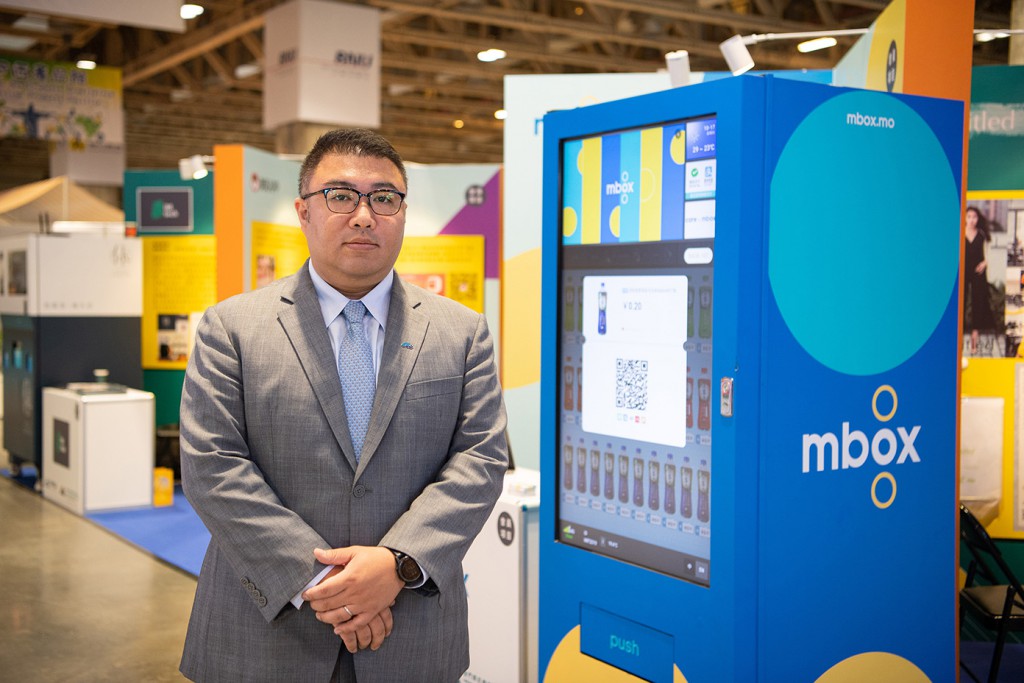 Parafuturo de Macau exhibited at MIF for the second consecutive year, showing what the company does.

“It may be difficult for new companies to afford to take part in fairs, or they may not have the resources to do big deals,” the CEO said. “Through our centre, and by taking part in MIF, they can find opportunities to increase their contacts and exchanges and collaborate with companies all over the world.”

Mr Lam said, in addition to the effective communication and co-operation between IPIM and his company, IPIM had always being supportive of start-ups, and had welcomed members of the Macao Young Entrepreneur Incubation Centre that wished to take part in the MIF and other events the Institute organised.

He said members of the Macao Young Entrepreneur Incubation Centre that took part in fairs put on by IPIM had said of such events: “They are effective both in increasing their exposure and creating fresh opportunities for exchanges and co-operation with other companies.” Mr Lam remarked: “We select participating members according to the nature of the fair and try to assist these new companies to grow.” 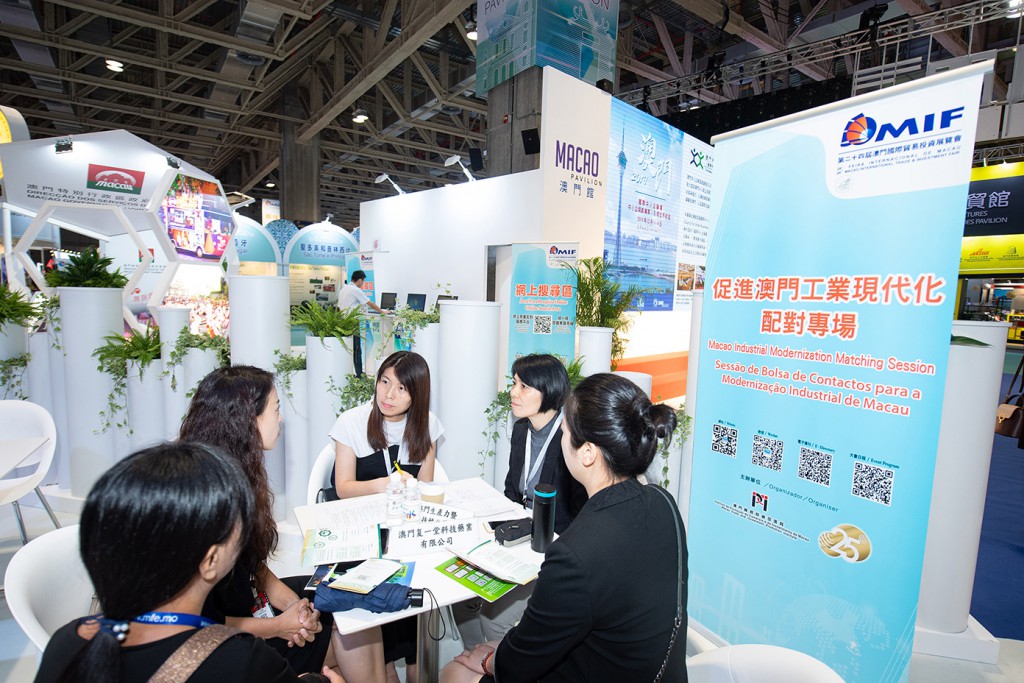