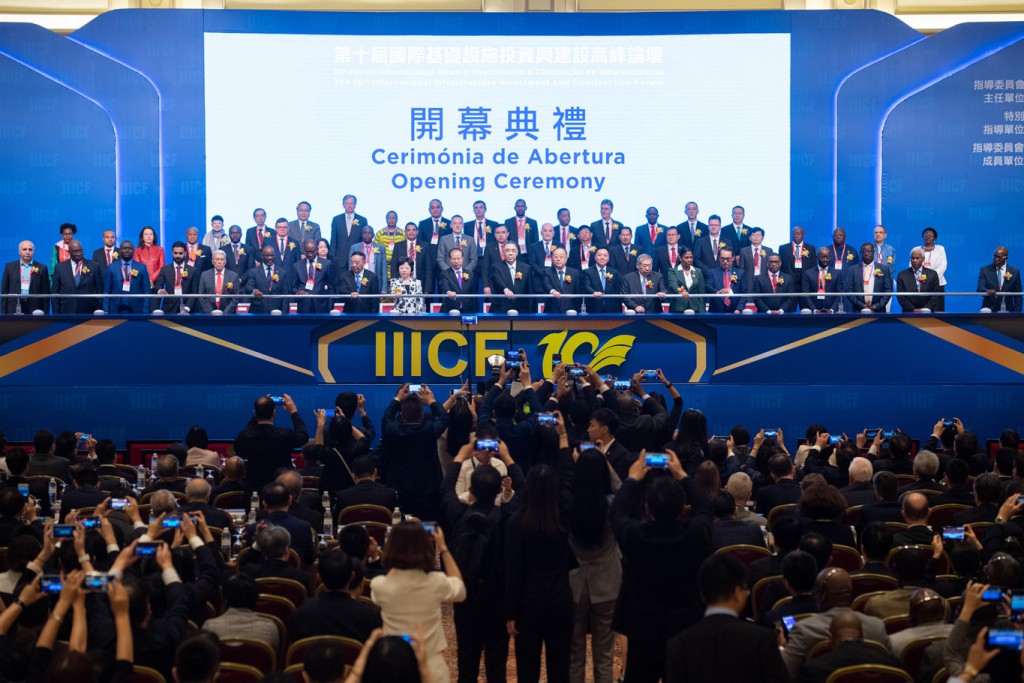 The 10th International Infrastructure Investment and Construction Forum (IIICF) was successfully held at the Venetian Macao from 30 to 31 May 2019. The Ministry of Commerce of the People’s Republic of China and the Macao Special Administrative Region (SAR) Government were part of the principal steering unit of the main steering committee. The event also had the Liaison Office of the Central People’s Government in the Macao SAR as the special endorser; and the Ministry of Foreign Affairs, the National Development and Reform Commission, the State-owned Assets Supervision and Administration Commission of the State Council and the Hong Kong and Macao Affairs Office of the State Council as members of the steering committee. The event was jointly organised by the Macao Trade and Investment Promotion Institute (IPIM) and the China International Contractors Association.

In celebration of the 10th anniversary, this year’s IIICF was themed as “Promoting Quality and Sustainable Development of the International Infrastructure”. The two-day event featured 12 keynote forums, themed activities and parallel sessions. More than 2,000 politicians, businessmen and academics from 750 entities and across 70 countries and regions attended the event. Among them, 56 delegates were ministerial level officials from 40 countries and regions. They convened together to discuss the latest trends and developments in international infrastructure and exchanged information about the latest construction technologies and peripheral industries, while also exploring new opportunities. In addition, China and other foreign parties signed a total of 11 co-operation project agreements covering transportation, civil engineering, electrical engineering and mining at the event.

Macao’s Chief Executive, Chui Sai On, delivered a speech at the opening ceremony, highlighting that, since the inception of IIICF one decade ago, with the Central Government’s support and joint efforts from different sectors, the event has become an effective, global co-operation platform. The 10th IIICF shared synergies with the measures proposed by the “Outline Development Plan for the Guangdong-Hong Kong-Macao Greater Bay Area” to boost high-quality infrastructure throughout the Greater Bay Area. The objective is for the Greater Bay Area to become the cornerstone of the “Belt and Road” development. 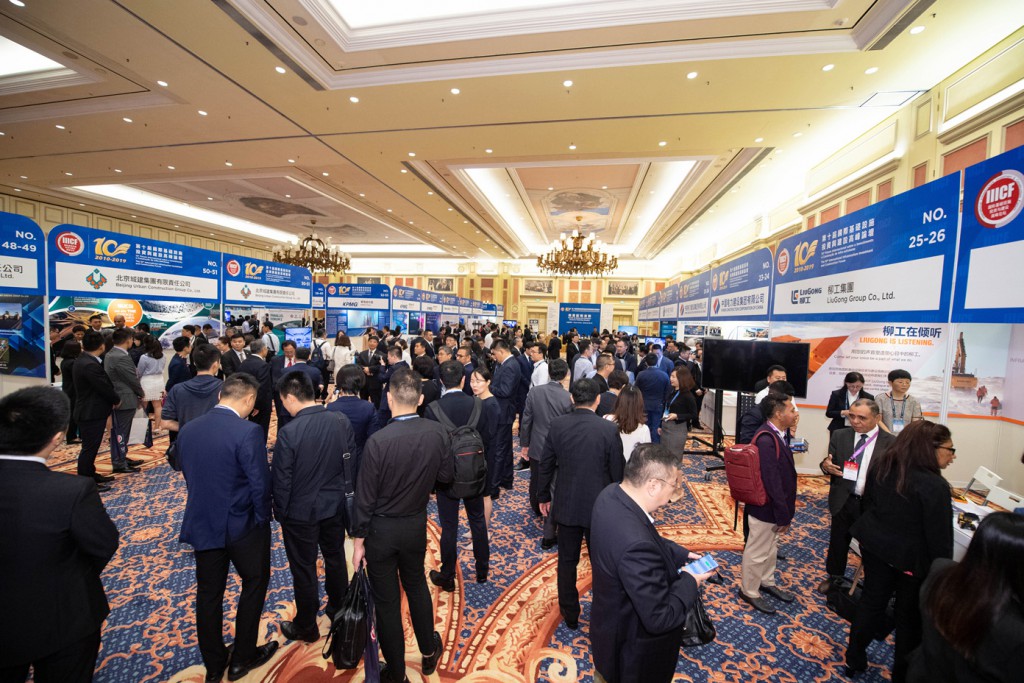 More than 2,000 delegates convene at the 10th IIICF in Macao 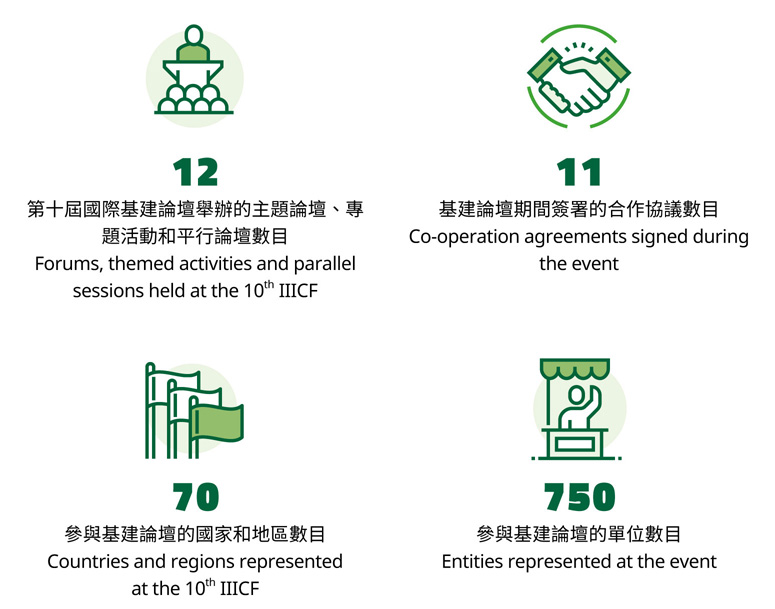 This year’s IIICF specially offered a Networking Reception for enterprises from Macao and Mainland China with the goal to fostering the co-operation and exchange between companies in both regions, inviting 13 entities from the Macao SAR Government and commercial sector; the overseas Chinese community, the financial industry as well as the construction sector. Companies from African countries also attended the event to introduce the advanced technology and rich experience of Chinese companies to their own countries via the Macao platform.

The President of IPIM, Irene Va Kuan Lau, concluded this year’s IIICF at its press conference with a summary highlighting three important areas. First of all, IIICF mechanism was further optimised and a new development path was laid for the event. Secondly, the event generated synergy with the mutual co-operation of IIICF and Macao’s role as the “Commercial and Trade Co-operation Service Platform between China and Portuguese-speaking Countries”. Thirdly, the IIICF boosted the development of key areas and co-operation with third-parties through business matching platforms.

Fang Qiuchen, President of the China International Contractors Association, outlined five key characteristics from the 10th IIICF. The first is the event’s focus on trends and the industry’s latest developments. The second is the gathering of infrastructure elites from all over the world. The third is the promotion of mutual benefits through effective content design. The fourth is the release of industry authoritative, cutting edge and up-to-date research reports for delegates. The fifth is the successful demonstration of Macao’s important role in the participation of the “Belt and Road” initiative and GBA developments. IIICF also showed its support for diversifying Macao’s economy. 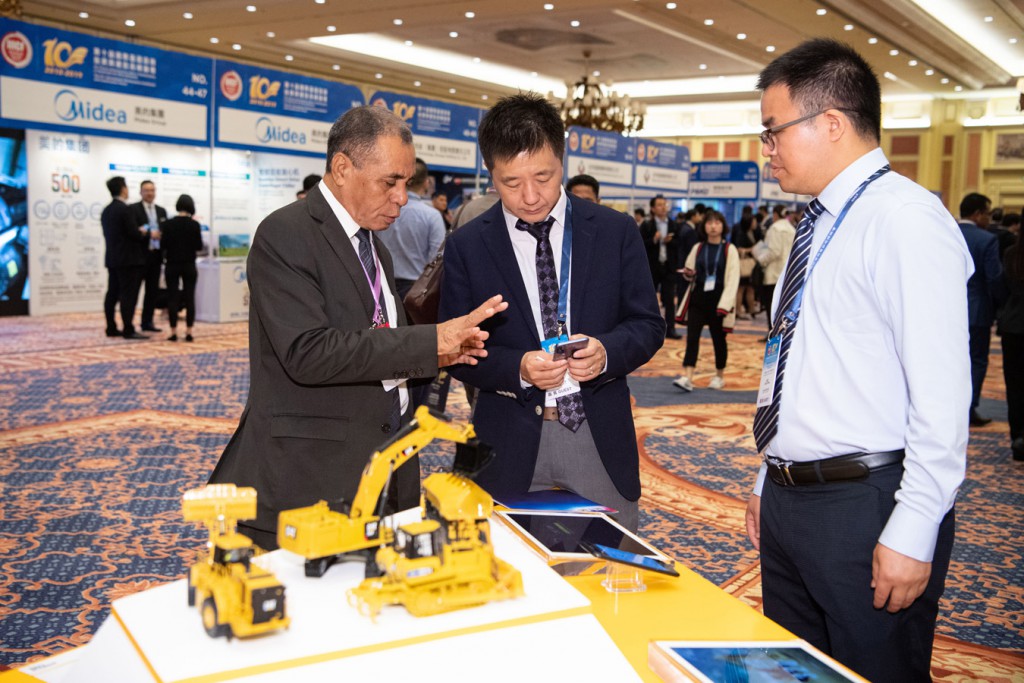