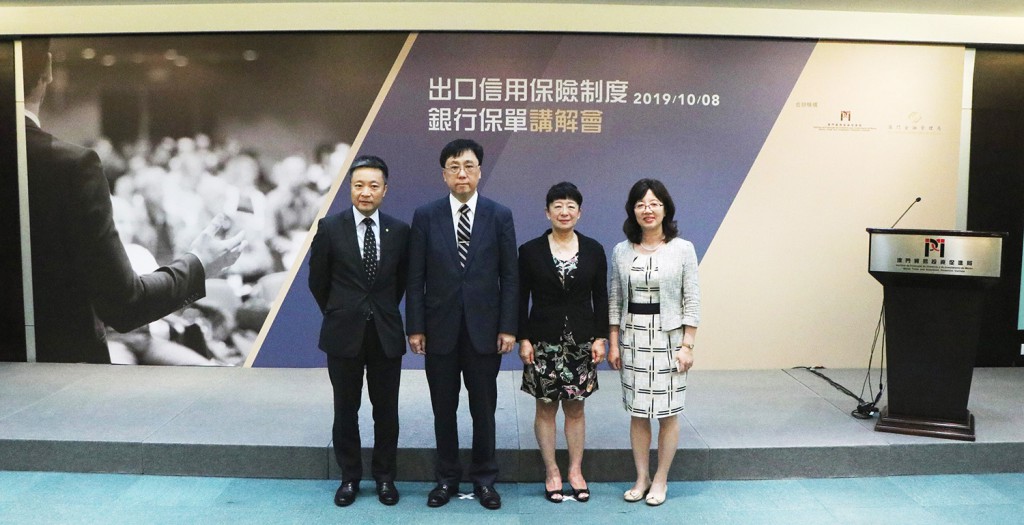 Representatives of the Monetary Authority of Macao, IPIM and invitees entities

Monetary Authority of Macao (AMCM) and IPIM jointly organised a briefing session on 8 October, in order to provide information on the operation of the system and give details of its newly-launched insurance products. The briefing session attracted more than 100 representatives from related industries.

During the briefing session, Mr Chan Sau San, Chairman of the Board of Directors of AMCM, and Mrs Irene Va Kuan Lau, President of IPIM, each delivered a speech.

During the briefing session, Ms Chan Kuan I, Director of AMCM’s Insurance Supervision Department, explained the operational guidelines of the Export Credit Insurance System. Also at the session was Ms Chong Heng Ieng, representative of Bank of China (Macau Branch), who explained the details on the newly-launched insurance product. (Source: The Monetary Authority of Macao)