The European Union signed a landmark free trade agreement (FTA) with Vietnam on 30 June, 2019 in Hanoi; which is the most ambitious free trade deal ever concluded with a developing country. It provides for almost complete (99%) elimination of customs duties between the two blocks. 65% of duties on EU exports to Vietnam will disappear as soon as the FTA enters into force, while the remainder will be phased out gradually over a period of up to 10 years. As regards Vietnamese exports to the EU, 71% of duties will disappear upon entry into force, the remainder being phased out over a period of up to 7 years.

The FTA will also reduce many of the existing non-tariff barriers to trade with Vietnam and open up Vietnamese services and public procurement markets to EU companies, while the IPA will strengthen protection of EU investments in the country.

As one of the “New generation” bilateral agreements, the EU-Vietnam trade deal also contains important provisions on intellectual property protection, investment liberalization and sustainable development. On this last aspect, the FTA includes commitments to implement International Labour Organisation core standards (for instance on the freedom to join independent trade unions and on banning child labour) and UN conventions relating for example to the fight against climate change or the protection of biodiversity.

Following the opinion of the Court delivered in May 2017, the Commission decide to propose two separate agreements:

Vietnam is the EU’s second largest trading partner in the Association of Southeast Asian Nations (ASEAN) after Singapore, with trade in goods worth almost €50 billion a year and almost €4 billion when it comes to services. While EU investment stocks in Vietnam remain modest, standing at €8.3 billion in 2016, an increasing number of European companies are establishing there to set up a hub to serve the Mekong region. Main EU imports from Vietnam include telecommunications equipment, clothing and food products. The EU mainly exports to Vietnam goods such as machinery and transport equipment, chemicals and agricultural products. 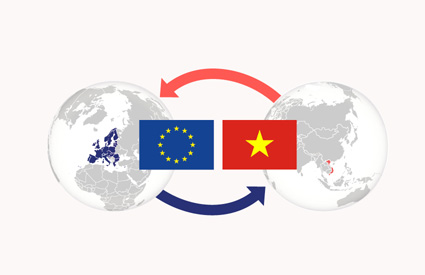 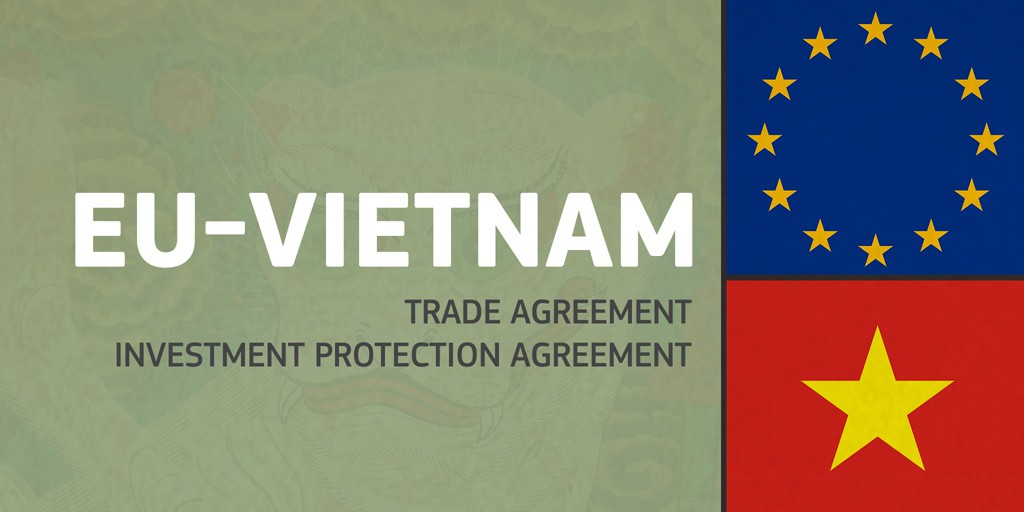 For more information and details regarding “EU Intellectual Property”, please visit the website at: