Hosted by the Government of the Macao Special Administrative Region, the “2019 Macao International Environmental Co-operation Forum & Exhibition” (2019MIECF) was held at the Venetian Macao from 28 to 30 March. During the three-day event, a total of 44 agreements were signed and a total of 350 business matching sessions were held at the Green Matching Area. The Opening Ceremony and a series of forums held during the three-day event attracted more than 4,700 participants.

The 2019MIECF was supported by the National Development and Reform Commission, the Ministry of Science and Technology, the Ministry of Industry and Information Technology, and the Ministry of Ecology and Environment of the People’s Republic of China, co-organised by the governments in the Pan-Pearl River Delta Region, and co-ordinated by the Macao Trade and Investment Promotion Institute (IPIM) and the Environmental Protection Bureau (DSPA). This year’s event was themed “Promoting Ecological Civilization and Green Development”.

The 2019MIECF offered the Green Forum and the Green Showcase. A total of eight green forums were held, together with one keynote speaker special session. This year’s MIECF had the honour to invite Mr Michael Liebreich as the keynote speaker. In addition, a fantastic array of forums were joined by about 70 guests from Mainland China, the Netherlands, Portugal, Timor-Leste, and Britain, as well as the Hong Kong and Macao, including pioneers of environmental protection, senior leaders of multinational corporations, and policy makers.

Debut of Greenovation Zone at the Green Showcase

Covering a total area of about 16,900 square metres, the 2019MIECF was joined by over 500 exhibitors from Mainland China, “Belt and Road” countries, European countries, and Portuguese-speaking Countries. This year’s MIECF offered the “Greenovation Zone” for the first time, expanded the area of the “Greater Bay Area Eco-Products and Solutions Pavilions”, and continued to offer the “Green Building Area” for participants to adapt better to national policies and seize opportunities of green development worldwide. Additionally, a guided tour was organised for delegates from over 30 government departments. A special government procurement matching session was also available on the afternoon of the same day of the 2019MIECF.

The final day of the 2019MIECF was the “Green Public Day”, which witnessed a large flow of visitors who participated in a series of family eco-activities and enjoyed a variety of performances in the bustling atmosphere. During this year’s MIECF, technical visits were organised for guests to the Macao Electronic Waste Recycling Treatment Facility and the Hong Kong-Zhuhai-Macao Bridge & Macao Port for them to learn about local efforts to promote environmental protection and the development of infrastructure. On the last day of the 2019MIECF, another visit was arranged for participants, including the public, to the Macao Electronic Waste Recycling Treatment Facility.

In addition, a tour was organised by IPIM for a total of 20 traders participating in the 2019MIECF, including those from Portuguese-speaking Countries, as well as representatives from the local environmental protection industry, to inspect environmental projects and technologies of green companies in the city of Zhuhai, Guangdong province, with the aim of learning about local facilities and projects relevant to environmental protection such as those involving waste disposal, biomass thermal engineering, environmental monitoring and unmanned ship technology to promote exchange and development of different parties. 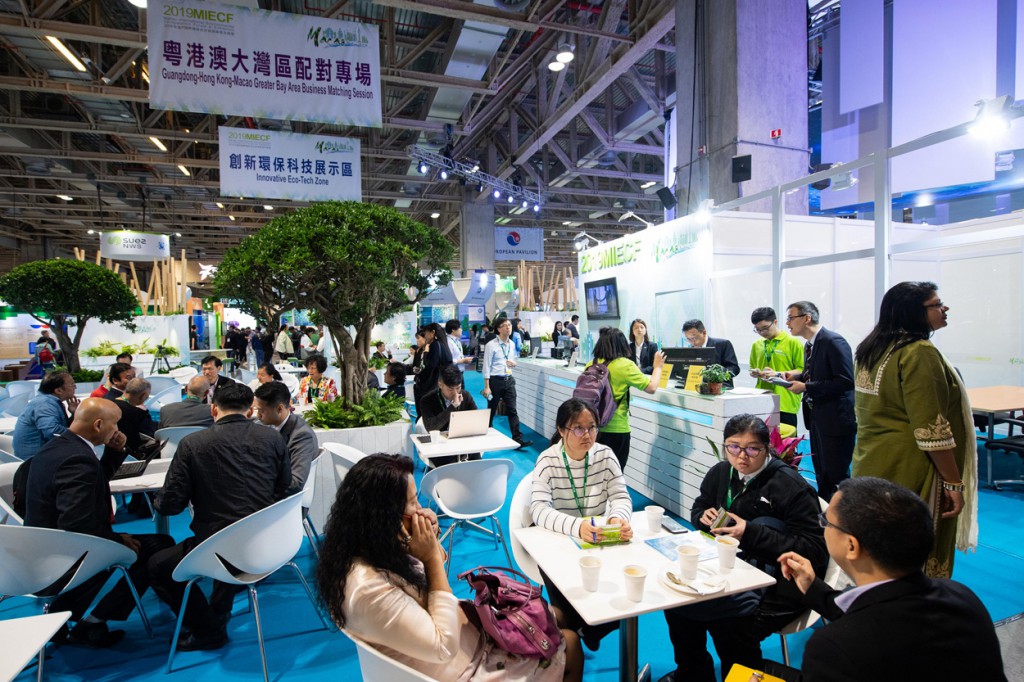 Multiple matching sessions are held at the Green Matching Area 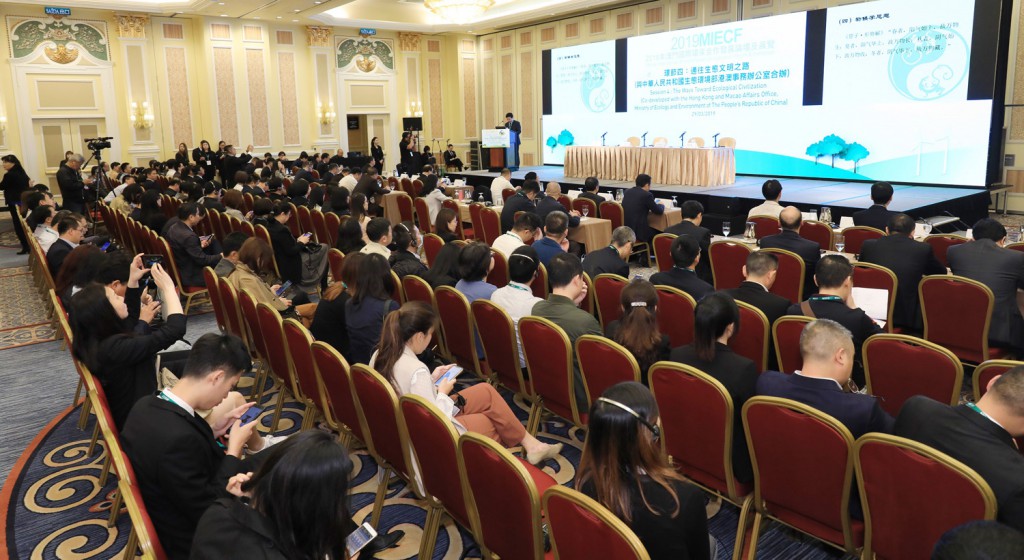 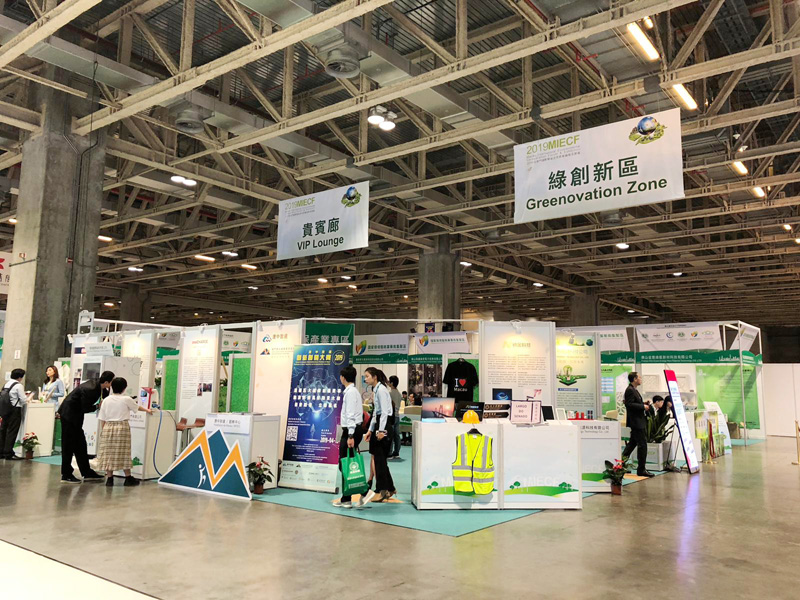 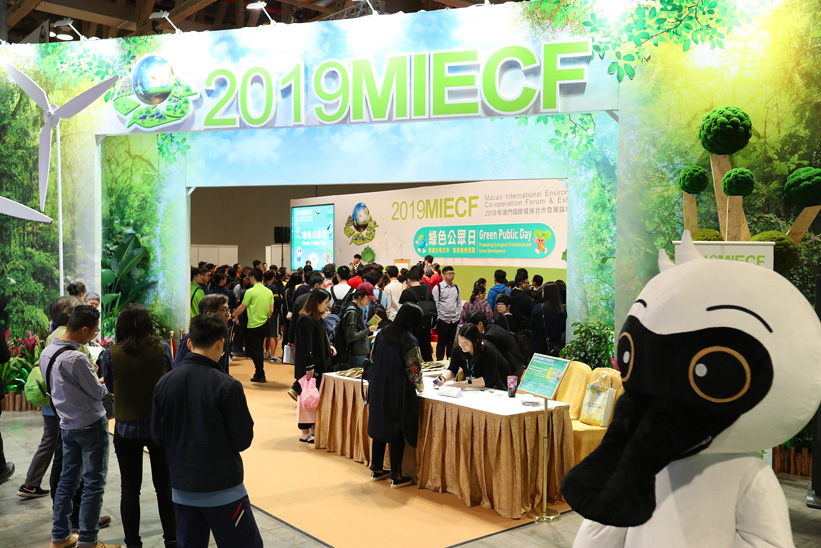 The Green Public Day is joined by many local citizens 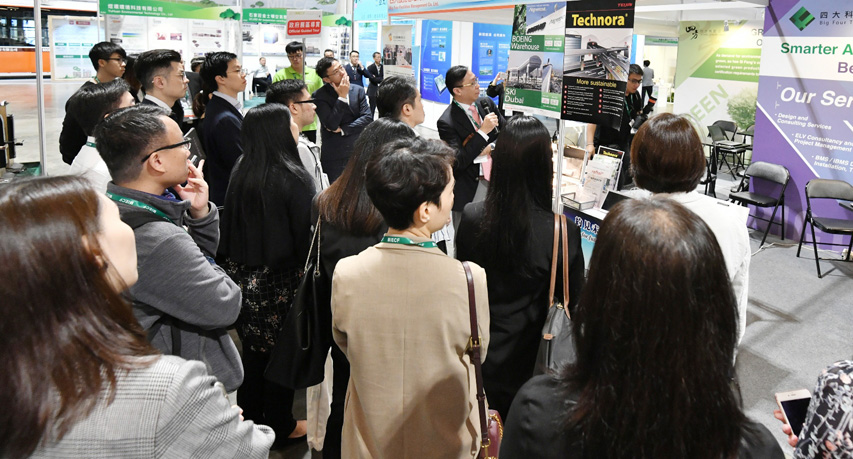 The Official Guided Tour visit many booths at the 2019MIECF 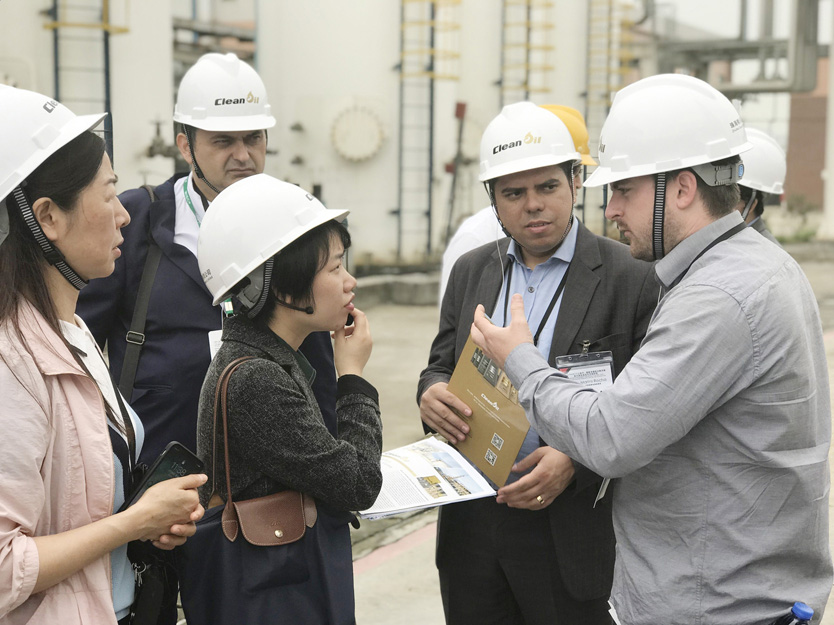 A tour is organised by IPIM for traders participating in the 2019MIECF to inspect environmental projects and technologies in Zhuhai, Guangdong province