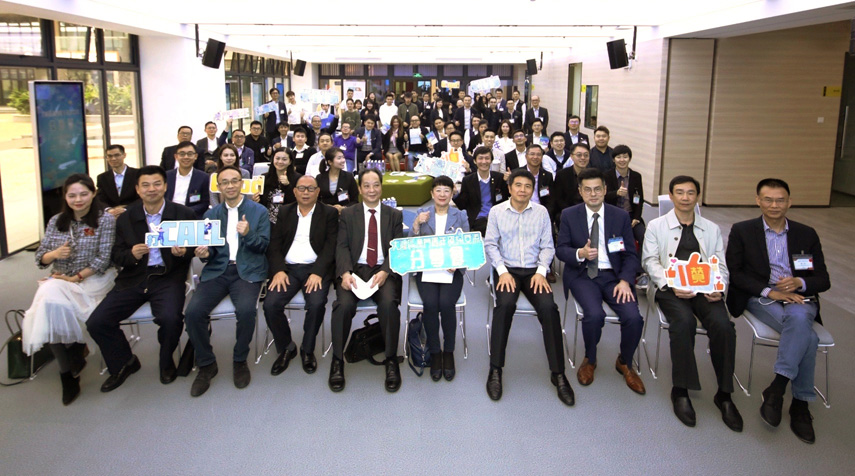 IPIM’s Acting President Irene Va Kuan Lau invited nearly 60 Macao’s young entrepreneurs who are currently developing businesses or intending to start businesses in the Greater Bay Area, as well as Macao students who are studying or having internship in Guangzhou to the “Greater Bay Area Information Exchange Session for Macao Youths”, which was organised by IPIM and co-organised by the Guangdong Market Supervision and Administration Bureau on 18 March.

Before this exchange session took place, a delegation of Macao young entrepreneurs visited the Guangdong-Macao Youth Entrepreneurship International Industrial Booster at the Guangzhou Higher Education Mega Centre to learn its operation and how its member companies grow. With the aim to inspire Macao’s younger generation to create their own businesses, Acting President Irene Va Kuan Lau motivated local youths and young enterprisers to put more effort to grasp the opportunities arising from the Guangdong-Hong Kong-Macao Greater Bay Area by making good use of the country’s policies and measures that are favourable for business startup, and joining the momentum of the Greater Bay Area.

Deputy Inspector of the Guangdong Market Supervision & Administration Bureau Zhang Zhiguang introduced the services provided by his Bureau and encouraged Macao youths to create their own businesses in the Greater Bay Area. Deputy Director of the Guangdong Market Supervision & Administration Bureau Liao Junjun also explained about company establishment and licensing procedures for Macao citizens to set up companies in the Greater Bay Area, as well as the facilitation services for commercial registration in GBA cities. In addition, the director of IPIM’s Representative Office in Guangzhou introduced the attendees to the services provided by the Representative Office.