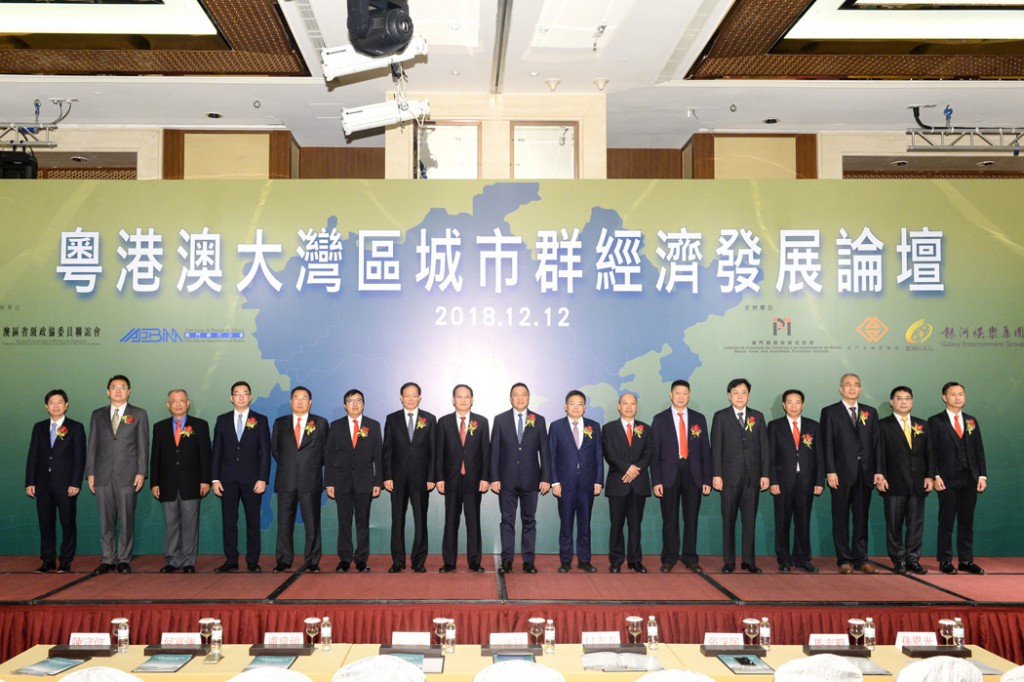 The Guangdong-Hong Kong-Macao Greater Bay Area City Cluster Economic Forum, co-organised by the Macao Provincial Association of CPPCC Members and the Macau Association of Banks, supported by the Monetary Authority of Macao and IPIM, was held on 12 December 2018.

At the luncheon hosted by IPIM, Executive Director Agostinho Vong Vai Lon introduced to the Mainland and Macao experts and industry leaders Macao’s role as a “Commercial and Trade Co-operation Service Platform between China and Portuguese-speaking Countries” – which precisely liaisons both parts of the world – and its function as a Greater Bay Area city and an entry point to the international markets in Portuguese-speaking Countries and countries and regions along the “Belt and Road”.