On 18 July, the Secretary for Economy and Finance Leong Vai Tak visited IPIM and the departments thereof with the accompany of IPIM’s President Jackson Chang and all Executive Directors. During the visit, a dialogue between IPIM’s personnel was held and Secretary Leong listened to the voices of frontline staff. He extended gratitude to IPIM’s staff for all the effort they had made in the past and encourage them to keep fulfilling their job duty and complete their mission as they had always been.

According to Secretary Leong, while whole-heartedly supporting the implementation of policy laid down by the SAR Government, as a department designated to manage external trade promotion, attract investment, promote MICE business and co-operation between China and Portuguese-speaking Countries, IPIM should also grasp the full picture of the latest developments domestically and internationally, in order to optimise all supporting services-such as research and promotional works-it provides with innovative way of thinking and precise effort. In particular, after the launch of the Development Plan for the City Cluster in the Guangdong-Hong Kong-Macao Greater Bay Area, IPIM should take the initiative to keep track of the changes of policy and industry in other Bay Area cities, and look into how to better utilise IPIM’s representative office in Guangdong, so as to synergise with Macao’s policy of fostering moderate diversification of economic development. 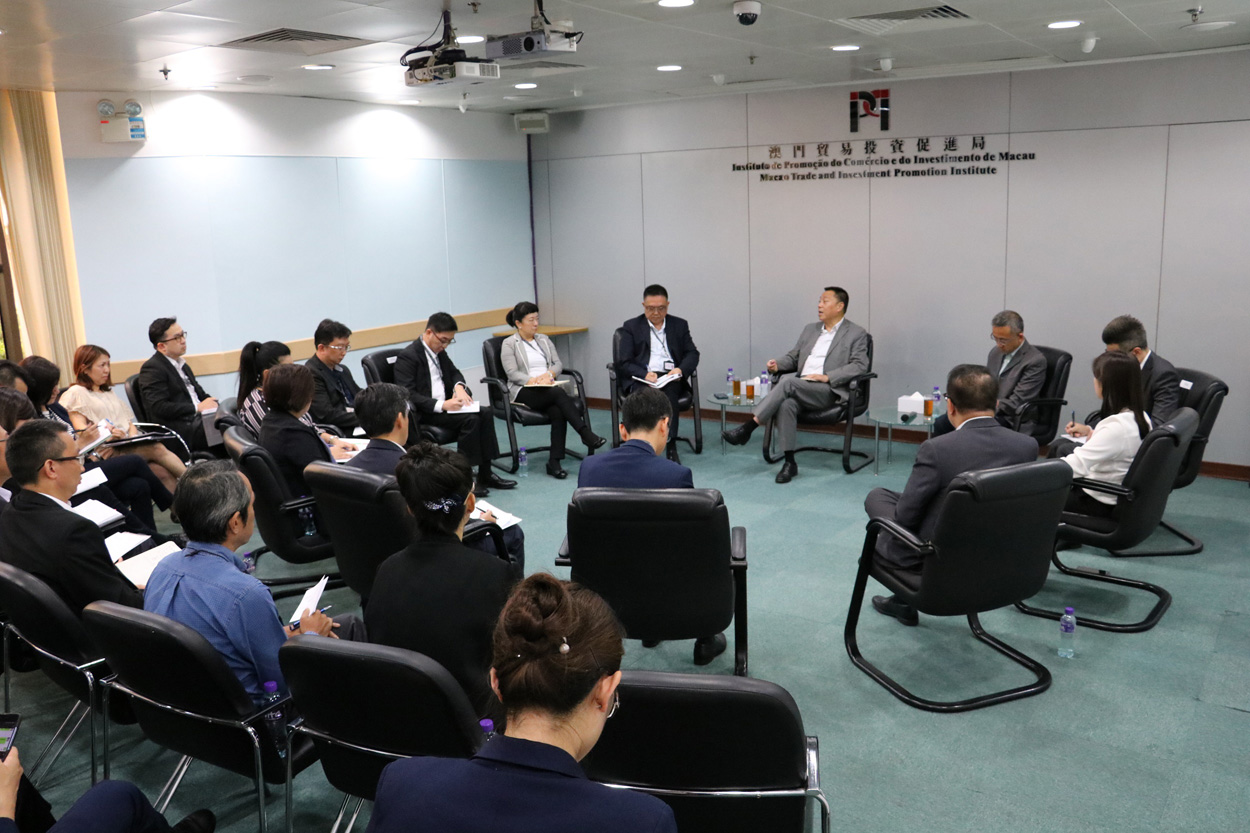