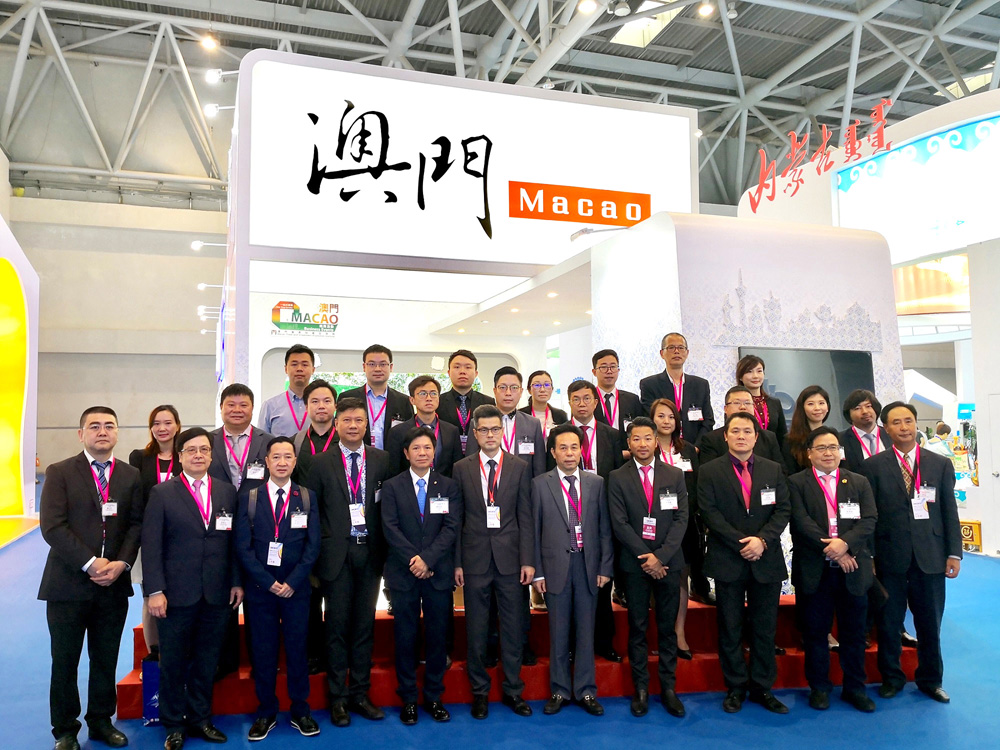 The entrepreneur delegation at the Macao Pavilion

Approved by the State, the 21st China Chongqing International Investment and Global Sourcing Fair (CCISF) was officially renamed as the Western China International Fair for Investment and Trade (WCIFIT). A Macao entrepreneur delegation of 30 was organised by IPIM to participate in the WCIFIT in Chongqing from 24 to 26 May.

During the event, the Macao entrepreneur delegation attended various WCIFIT activities and visited the Macao Pavilion at the venue. The pavilion was set up by IPIM to promote Macao’s investment environment as well as the “One-stop Service” for MICE Bidding and Support in Macao. Eight local enterprises showcased Macao featured commodities and Portuguese-speaking Countries (PSCs) food and wine products.

During the promotion seminar, co-operation agreements were signed between the Center for the Promotion of Sino-Lusophone and the Sino-German Innovation with Macau Youth Entrepreneur Association as well as the Organising Committee on Innovation and Development of Young Entrepreneurs respectively. It aims to promote youth innovative and entrepreneurship development in various regions and areas by means of resources integration, information sharing and publicity collaboration, taking human resources as the starting point, to further promote multi-lateral liaisons and co-operation between Chongqing, Macao and PSCs.

The Macao entrepreneur delegation also attended the plaque unveiling ceremony of the Center of Exhibition of Food Products of Portuguese Language Countries – Point of Exhibition on the Mainland, as a mean to promote in-depth collaboration and interactions between enterprises in Chongqing, Macao and PSCs. It also aims at providing more information and stronger support to the agents of PSCs food products in Chongqing and Western China markets.