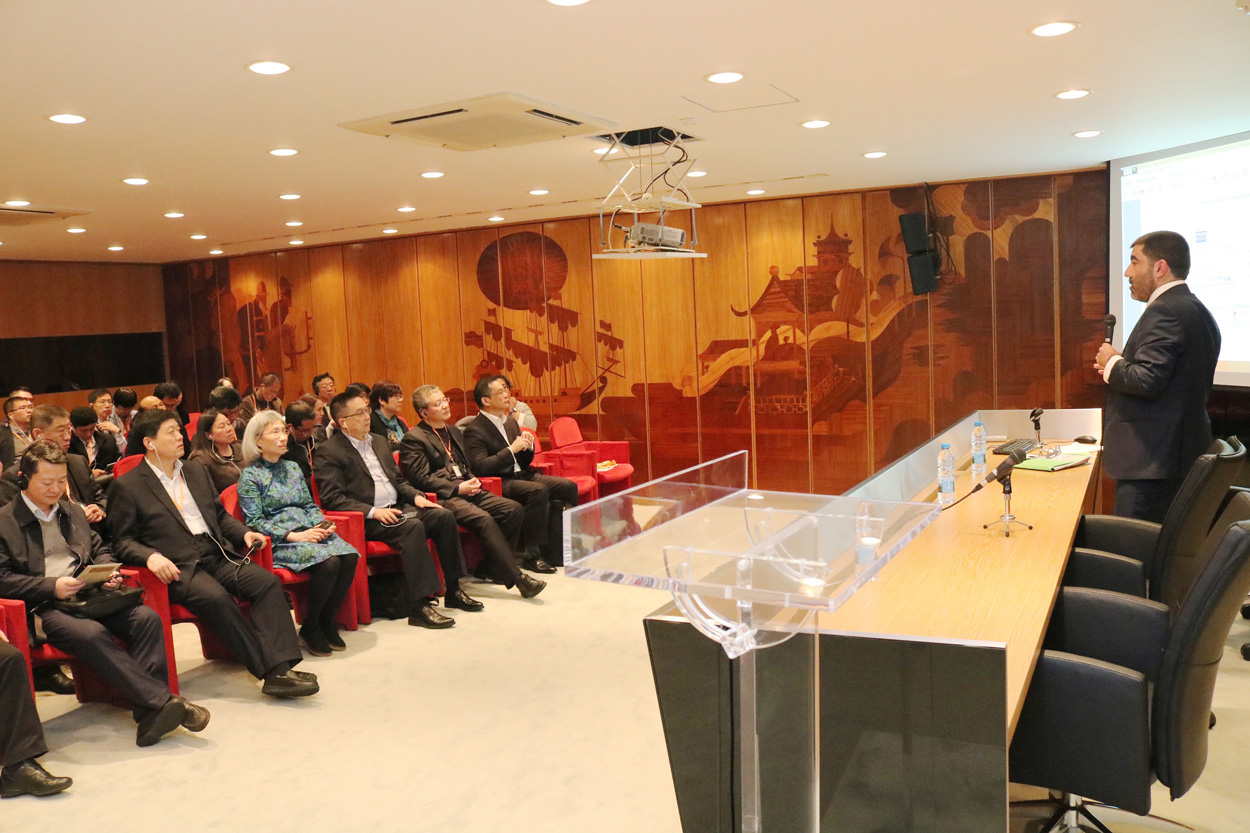 A delegation from the Pan-Pearl River Delta (PPRD) Region organised by the Macao SAR Government went on a visit to Portugal and Germany from March 11 to 19, in order to establish closer ties with the green industry in Europe and in Portuguese-speaking Countries.

The visit is an additional step in the ongoing effort to intensify the PPRD Region’s trade and economic co-operation with Portuguese-speaking Countries and with European countries, and to explore further opportunities for restructuring, upgrading and diversifying the environmental technology across the PPRD Region.

The delegation with over 60 members was led by the President of IPIM Jackson Chang. It comprised of representatives from departments and enterprises from environmental protection, economic and trade sectors across the PPRD Region. During the visit at the Economic and Commercial Office of the Consulate General of the People’s Republic of China in Frankfurt, the delegation was received by the Economic and Commercial Counselor, Zhu Weige.

IPIM, the Environmental Protection Bureau (DSPA) and Hessen Trade and Invest GmbH also jointly organised a networking activity, which was participated by about 80 participants in a vibrant atmosphere. The participants included the delegation and representatives from government department and green industry.

In addition, the delegation also visited the local green enterprises engaging in the study of sewage treatment and sorting of household wastes and plastic, also exchanged ideas with the local enterprises about remediation technologies for treatment of contaminated soil.

During the second stop of the visit in Lisbon, the delegation paid visit to the Embassy of the People’s Republic of China in Portugal and was received by Ambassador Cai Run. The delegation also had in-depth exchange with the Association of Portuguese Enterprises in Environment Sector (AEPSA) and Portuguese Environment Agency.

Aside from visiting one local enterprise providing ecosystem services in stream purification and treatment of contaminated soil, the delegation also participated in the networking activity collaboratively organised by IPIM, DSPA and the AICEP Portugal Global – Trade and Investment Agency (AICEP). A great number of many local innovative green companies were invited to the networking activity, almost 160 participants from government and green enterprises gathered in the activity.