The 14th China Expo Forum for International Co-operation (CEFCO 2018) was held in Qingdao from 11 to 13 January. IPIM organised the representatives of Macao Convention and Exhibition Industry (also known as MICE industry) to take part in the event and collaboratively promote the advantages of Macao’s convention and exhibition sector, expanding professional exchanges and co-operation between Macao with local and overseas regions and countries.

CEFCO was jointly organised by the China Council for the Promotion of International Trade (CCPIT), the Global Association of the Exhibition Industry (UFI), the International Association of Exhibitions and Events (IAEE) and the Society of Independent Show Organisers (SISO). The two-day event attracted over 500 participants from MICE enterprises, associations and government departments from 18 countries and regions.

IPIM’s President Jackson Chang was invited to be the speaker of the plenary meeting and take part in the discussion with the industry representatives from different regions on how to promote the sustainable development of MICE industry.

In addition, President Chang and international MICE representatives participated in the Leaders Meeting moderated by Mayor Meng Fanli, of Qingdao Municipal People’s Government,as well as exchanging with the representatives. 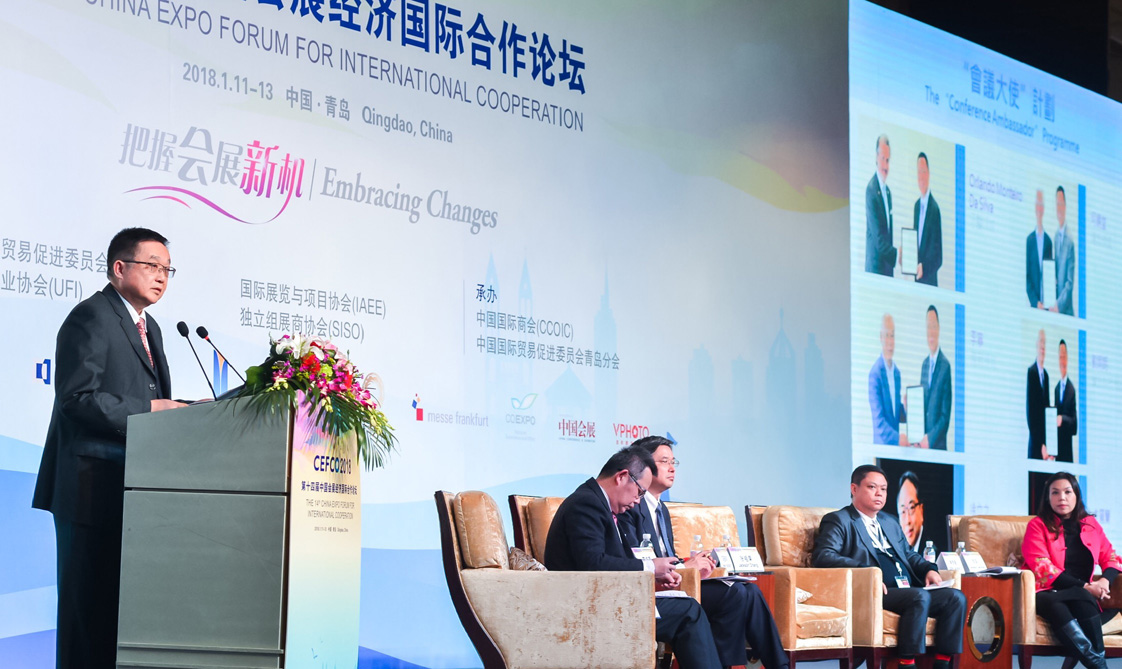